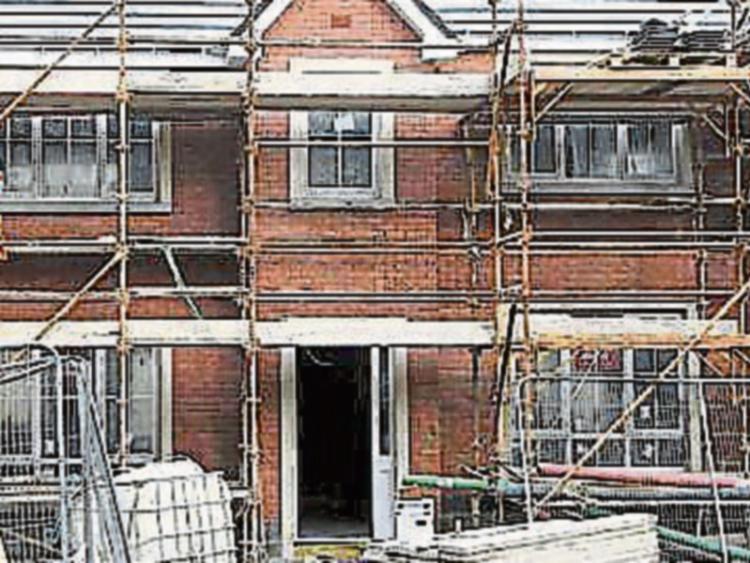 The legacy of bad quality construction during the building boom is only hitting councils now, according to Cllr Padraig Fleming.

The Fianna Fáil councillor made the comment when he was told that council officials are still waiting for a host of information from a developer of Highfield Manor, Graiguecullen.

While the council has some serious concerns over the critical water and sewerage serving the houses, the developers claim that “no expense was spared on the houses.”

Nearly a decade after its construction, the council is still waiting for “as-constructed’ drawings that would underground water pipes and sewers.

It wants to clarify if there are details of any flow of sewerage that is entering the estate from another development.

“The legacy is only hitting us now where people weren’t doing their jobs right. It is easy do it right as wrong...you’d wonder why they do it so wrong knowing that they’d want it taking in charge years down the road involving a lot of big costs,” he said.

Cllr Fleming expected that there were “a lot of big costs” and “massive complications” in finishing this estate.

Cllr Ben Brennan said that builders had walked away from problems and councils have suffered. He agreed a lot of work had to be done on Highfield Manor.

Cllr Aidan Mullins said that he had worked with a home owner in Portarlington who started having sewage problems within a year of moving in.

When the pipes were dug up they were filled with concrete. Cllr Mullins claimed this was sabotage by a subcontractor not paid by the developer.

Cllr Tom Mulhall and other councillors praised the council for chasing developers who had left work unfinished but said this should not be the case.

“But it should be the other way around. The developer, if they were doing proper work, should have the estate ready (to be taking in charge),”he said.

The estate was built by Jackie Green Construction. That company’s website claims that the estate features an impressive range of three and four bedroom homes. As with all our developments, every house is finished to the highest specification.

“No expense is spared in providing you with the perfect home for you and your family,” it said.

The council is still waiting for a reply from the developer, but Gerry Murphy, Director of Services, expected the issues to be resolved in the “short term” despite there being no time frame.

At the same meeting it emerged that County Hall’s planning department has to take enforcement procedures over an unauthorised connection into another estate in Graiguecullen.

This issue will delay the taking in charge by the council of Spindlewood Estate until 2017.

Cllr Fleming was told that there are some minor works to be completed which can be done this summer, but that the unauthorised connection will delay matters further.

Following concerns raised by Cllr Ben Brennan and Cllr Fleming on the lack of detailed information on the problem, Mr Murphy pledged to ensure more information on such matters would be given at future meetings.

The meeting also heard that costs would determine whether the road surface of an estate in Crettyard will be repaired. Cllr John Moran (FG) asked if Laois County Council would resurface the road in Doonane Housing Estate. “The road surface in this housing estate is unfinished and requires laying of a finished surface wearing course. I will arrange to prepare a cost estimate” said Mr McVeigh, area engineer.