Laois has a wild west star 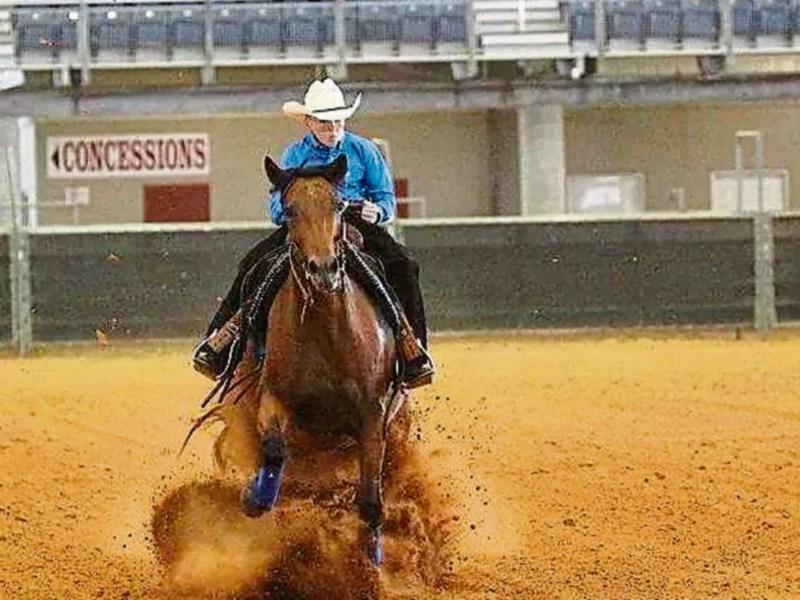 A talented Timahoe teenager is riding high on the horse riding scene in the United States.

A natural talent, according to his father, Cody is mastering a talent he has been showing since he first displayed a horse at the age of three.

Cody is currently in Gainsville, Texas working for a World Champion, but he is also competing in highly competitive wild west style equestrian events.

After taking part in a regional show held in Amarillo, Texas on June 15, Cody will become the first time ever Irish-based competitor to qualify for the Youth World Show in Western Disciplines.

Cody is now doing an internship with Craig Johnson and on August 3 he will attend the World Show and participate in three events aboard a horse called 'Boon Boom Pow'.

Cody must complete in a variety of disciplines, but his dad Michael says his son's top skill is reining.

“It is like dressage only done at speed,” he said.

Among the variety of moves involved are bringing a horse to a sliding stop after riding it at up to 5o miles per hour.

Michael has been based in Timahoe for nearly 20 years and Cody has developed his raw talent on the ranch. This has been helped by videos and visits from US experts.

Cody hopes to make a living, but he is relying on his talent to make a name.

Michael says some riders have horses that cost up to $1million dollars whereas Cody has to lease an animal. But if he makes it, Cody could live handsomely from his talent.

“We went to see a show in Las Vegas and $1.6 million was the first prize,” said Michael.

Michael hopes Cody can put the the sport on the map in Ireland, so it can grow.

Cody comes from a long line of talented horsemen. His great grandfather had a jaunting horse business in Killarney. Michael was a racing jockey in England and Ireland for Vincent O'Brien. Michael's father was also heavily involved.