Joe Lalor recalls his father's commitment to his family 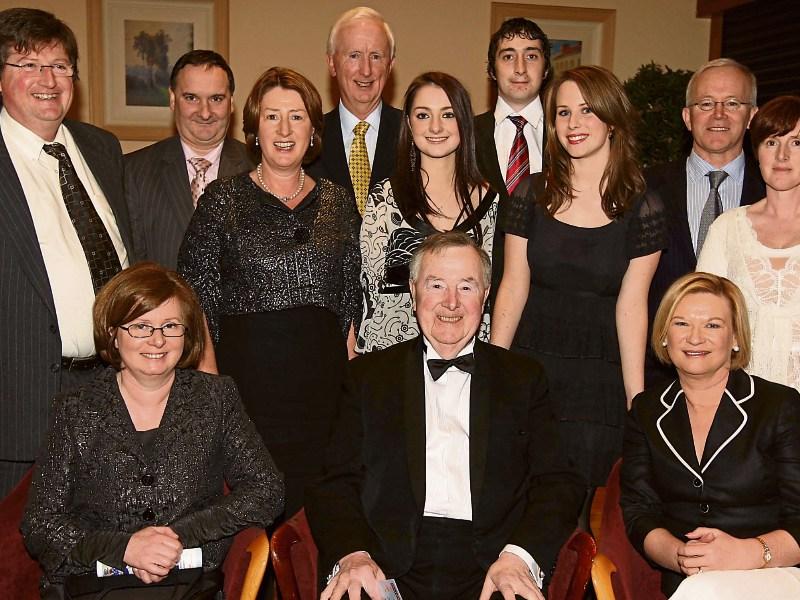 The political and sporting worlds came together to celebrate the life of a “uniter” at the funeral of former MEP, Minister and TD, Paddy Lalor, at the Church of the Most Holy Rosary in Abbeyleix on Monday morning.

Large crowds attended the removal on Sunday evening and the Requiem Mass on Monday morning.

The Requiem Mass touched on all aspects of Paddy Lalor's life, and the gifts brought to the altar at the beginning of the Mass reflected this.

His grand daughter Eimear brought an election poster, and Kevin and Pauric Lalor presented a Laois hurling jersey and a Abbeyleix hurling jersey.

A deck of cards symbolised his avid love of card playing, a pioneer pin his devoted membership of the pioneers, and a family tree his research and work on the history of the Lalor and Kelly clans.

A pot of tea was also brought to the altar, which was presented to Paddy on the day of his marriage to his deceased wife Myra.

The Chief Celebrant, Fr Eddie Lalor (a relation) remembered a great sportsman, and a man who was dedicated to his Catholic faith.

Paddy Lalor dedicated his life to his family, he said.

He was a man of integrity who, as a Minister, had been a servant of the people.

In his eulogy, Paddy Lalor's son, Joe noted that his father had been an only child and had established that special bond with his parents, particularly his mother, that an only child has.

The qualities his mother had imbued in him had endured throughout his life and these included his strong faith, his honesty and integrity, his community service and a deep love of Abbeyleix.

He had met his future wife Myra Murphy in the National Ballroom in Dublin on a sporting outing.

Joe Lalor noted that as his father's political career took off, he always fought for and got quality time with his family.

Sundays were a sacrosanct family time.

His commitment to his family always saw him finding time for them, and he never missed birthdays or other special occasions.

He was a driven, competitve man who brought this to card and board games at home.

However, he emphasised to this children that it was not always about winning, but rather how you won.

When he retired from political life, he re-invested his energy in his family.

Joe noted that his father's hurling league top 20 goal scoring record was still intact, and also his 100 points tally for a player not assigned to taking frees.

He was anxious that a new Laois team would emerge and dissipate the shadow of the 1949 team and he admired the work of Cheddar Plunkett with the current Laois team. In the past few years, he was delighted to see Abbeyleix becoming more competitive again in hurling and the Abbeyleix U/14s winning the Feile earlier this year.

Joe Lalor also thanked the the many organisations and clubs his father was involved in and who had provided Guards of Honour on the evening of the removal.