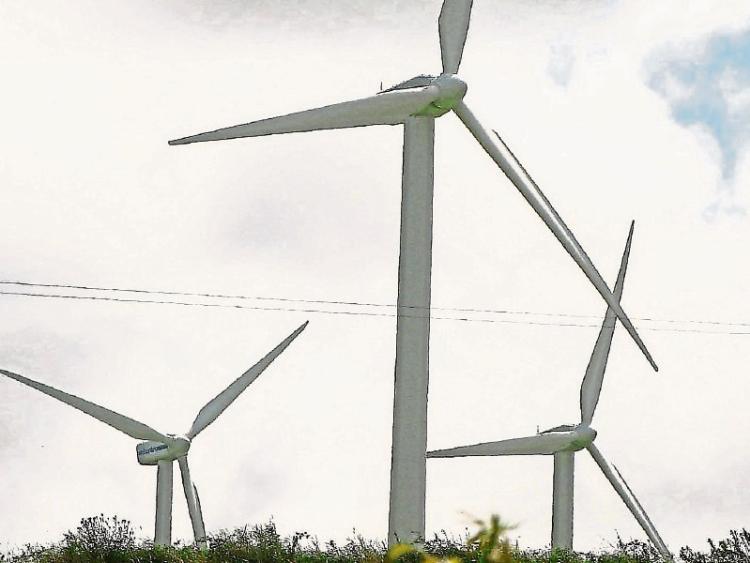 A “piecemeal” attempt to build a wind turbine development on the Timahoe landscape has been refused by Laois County Council, in the wake of mass opposition from all quarters of the community.

Local residents and elected officials including Sean Fleming TD and Cllr Padraig Fleming were united in their objections to a planning application by Andy Dunne, who along with Ms Mary Cotter is director of the Environmental Agricultural Engineering Consultancy Ltd, 7 Kellyville Park, JFL Avenue, Portlaoise.

Mr Dunne applied for permission to erect one. 500kW wind turbine with a hub height of 65 meters and an overall tip height of 93.5m, at Knocklead in Timahoe.

Included in the development would have been an electrical switch room and control facility, an access track, associated infrastructure including a crane hard standing area, underground cabling and all ancillary site works.

County Hall received dozens of submissions objecting to the plans, with claims that the proposed development was not economical, sustainable or socially acceptable.

Eileen Grace Fennell, of Knockacrin, Timahoe, questioned the credentials or qualifications of the developer, who, she said, “cannot be regarded as an independent authority in respect of his own application”.

Ms Fennell said that the developer had informed residents of his intention to erect additional industrial scale wind turbines in the future, and as such the application was a piecemeal attempt to establish a gateway project.

She said this was further evidenced by the developer’s intention to erect a 60m wind monitoring mast, even though he stated in his application that wind resource at this location is good.

“It appears to set an extraordinary precedent where anybody can connect a wind turbine where these is a 20KV overhead line on their property,” said the Swan-based councillor.

The overabundance of turbines or proposed wind projects in the locality was also highlighted by residents.

Mary Byrne, acting on behalf of The Wolfhill Swan Luggacurren Wind Aware Group, pointed out that there is currently an application for 18 turbines in Cullenagh before the courts, as well as 11 turbines planned for Spink, and a wind mast in Ballinteskin, Stradbally.

She said that all the areas are close, so no one application, even for a single turbine, can be considered in isolation.

Further issues were raised over the proposed wind turbine, in relation to the effect on the Laois landscape, property prices and environmental concerns.

In her submission, Theresa Wilkie, Slatt Lower, Wolfhill, referenced a London School of Economics report that showed property prices within a 3km of a 20 turbine wind farm devalued by 12%.

“Laois County Council has a duty of care to its people to stop the proliferation of single one-off turbines,” she said, adding: “The development will only encourage more one off turbines.”

With regards to local wildlife, it was pointed out that there are a number of protected bird species in the area, as well as freshwater pearl mussel.

Deirdre MacQuaile, on behalf of The Wolfhill Swan Luggacurren Wind Aware Group, said: “As a walker, I and many local walking clubs and local bird watchers enjoy the prominent uninterrupted scenery.”

And Ms Fennell, who stated her family had lived in the area for the past 103 years, said that she had ridden horses along the proposed site all her life, and if the development went ahead it would put end to horse riding in the area.

Laois County Council has now refused the application, saying it is in contravention of the Laois County Development Plan 2011-17.

The council said that in the absence of at least one year’s measured wind data, the applicant had not submitted sufficient detail to demonstrate the location is suitable for a wind turbine.

The local authority also stated that it was not satisfied that the development would not seriously injure the amenities of residential properties and detract from the visual amenities of the area.