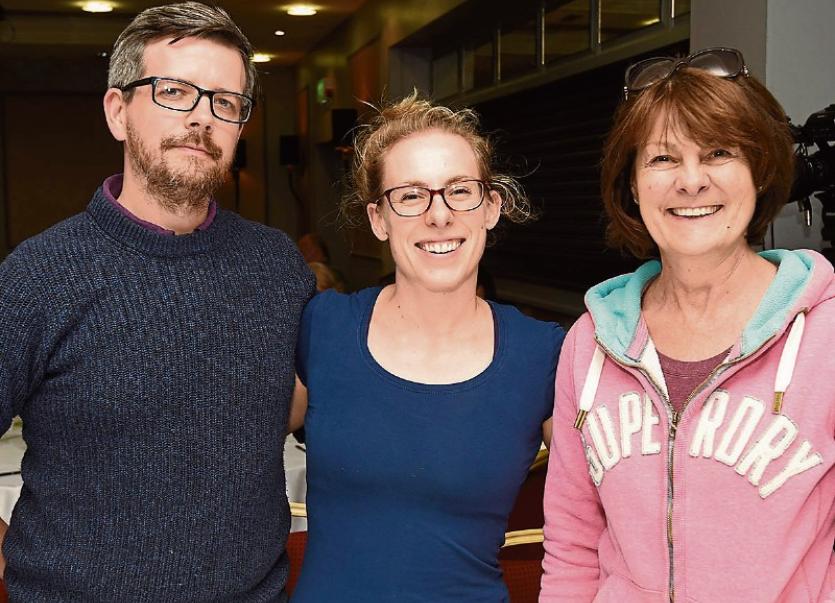 The future of the old convent site, the completion of the orbital ring road and the linkage of the old town and the new were some of the key themes voiced from the floor at the Portlaoise Public Realm Strategy meeting.

In round table discussions the attendance were asked to produce four to five headline issues for the town.

The ensuing discussion touched on all issues facing Portlaoise, including its strengths, weaknesses, opportunities and threats.

The exit of the schools from the town's centre was seen both as a weakness and an opportunity.

The town's built heritage, and central location were definite strengths, although it was acknowledged that the built heritage could be developed further.

The siting of the library at lower main street was seen as a positive for that area.

The number of derelict buildings around the town was touched upon.

The predominance of cars and consequent congestion in around the town centre as a problem.

The six to eight acres which comprised the old convent site was perceived as both an opportunity and a threat.

In the right hands, however, the site could be a potential anchor for the town.

Opinion was voiced that the site needed to be in the power of Laois County Council.

Also considered was whether the proposed new secondary school could be located on the site.

It was also suggested that the site could be used for heritage and cultural developments, and a combination of residential and business.

Similarly the status of the Minch Norton site was raised.

More IDA backed business in Portlaoise was needed to offset the large number of people leaving the town daily.

Portlaoise could possibly be a tech hub for the midlands region.

The possibility of a Conference Centre for the town, to utilise its strategic location.

In reply to suggestions of cycle schemes and street markets, Robert McLoughlin said that these were about local initiative and they had to be community driven. .

The lack of traditional shop fronts and the disconnect between Lyster Square and the retail on the other side of town was raised.

Linkage between the old and new parts of town was raised by a number of people.

The role of James Fintan Lalor Avenue in providing this link was considered.

James Fintan Lalor Avenue was seen as an opportunity to provide this linkage, though the exact means of this would have to be worked out.