Laois Connects: How one mother coped with the devastating loss of her son to suicide 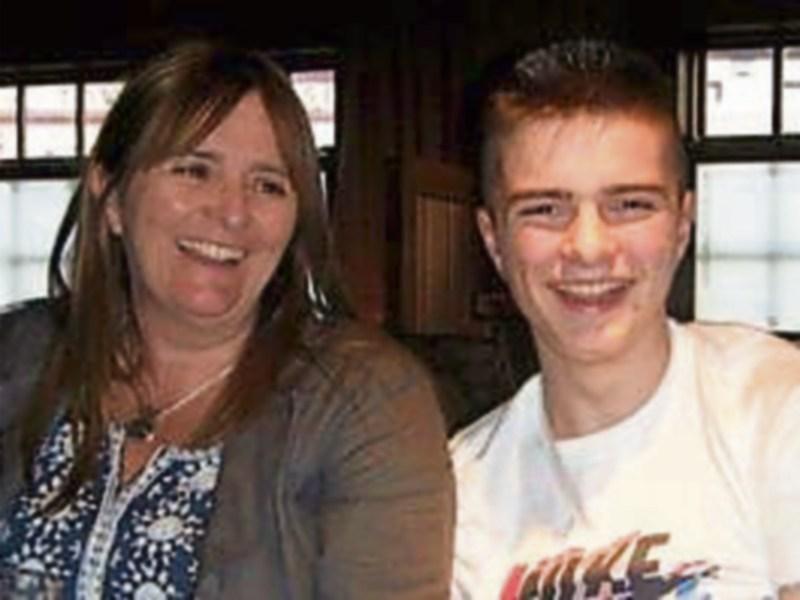 Linda Allen's world was turned upside down when her vivacious, good-natured, 15-year-old son, Darragh, took his own life on December 9th 2012.

See you in two minutes Ma were the last words Darragh spoke to Linda on the day before he took his own life.

‘See you in Two Minutes Ma’ is the name of a book subsequently written by Linda based on the journal she kept, following the devastating loss of her son.

Linda will speak about her book, and the experience that caused her to write it, in Portlaoise Library on Thursday 13th October at 6pm as part of Laois Connects.

The book takes us from the shock and disbelief, through anger and despair, to a tentative recovery as Linda begins to make sense of what happens.

The book begins with a description of the immediate impact of finding Darragh, the deluge of emotions that flood his friends and family as they receive the news, as well as the immediate complications of organising a non-Christian funeral in a small Irish town in county Kildare.

With the support of local people, a beautiful ceremony is held in the community hall, the same hall which Darragh had helped decorate for a Santa fair the day he died.

Linda describes the difficulty of facing the inquest into Darragh’s death and other bureaucratic obstacles that must be overcome in dealing with such a traumatic event.

The challenges of celebrating his next birthday, the anniversary of his death, Christmas and other traditional family events are described in frank and honest detail.

As Linda begins to regain some composure, her story brings us to a consideration of the afterlife as she encounters a series of surreal co-incidences that beg the question: Are those who have left us nearer than we think? With an honest and raw voice, the book takes us from devastation to renewal and recovery as Linda re-builds a life forever altered.

Linda said writing the book was extremely difficult, but she hopes by detailing her journey and experiences, she can provide hope and support to others who may be going through a similar ordeal.

“I would hope this story may bring solace and understanding to those left behind when loved ones move on, no matter how they leave,” said the Kildare mother of her book.