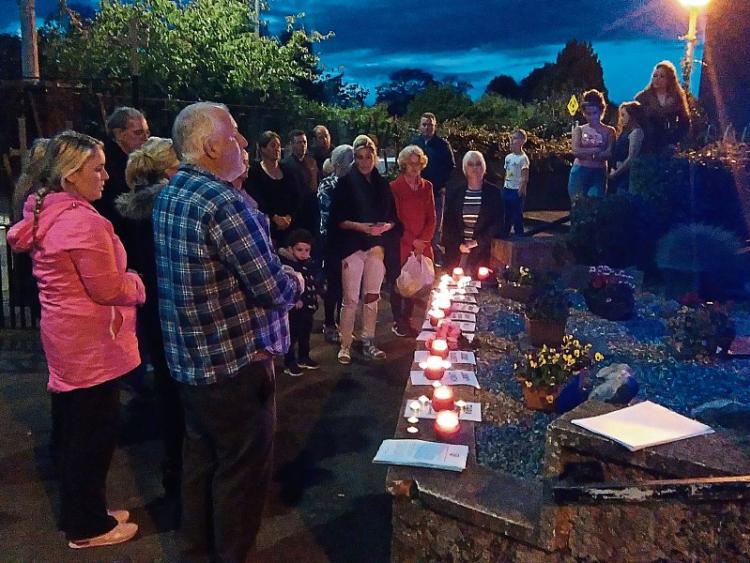 The Travelling community in Laois have called for action to provide enough safe housing to meet the needs of Traveller familes in the county.

The Laois Traveller Action Group (LTAG) made the call on foot of a survey that showed that 30 Traveller families in Laois do not have an appropriate place to live.

They also made the statement against the back drop of the first anniversary of the Carrickmines halting site fire.

Travellers in Laois held a vigil last Monday, October 10 in memory of the victims of tragedy in Carrickmines.

In the early hours of October 10 2015 a fire broke out at a halting site in Carrickmines in south county Dublin. Ten Travellers lost their lives: Tara Gilbert (27, pregnant) and her partner Jimmy Lynch (25), their daughters Jodie (9) and Kelsey (4) and Willy Lynch (39); Thomas Connors and his wife Sylvia (both 27) and their children Jimmy (5), Christy (2) and Mary (five months).

“What followed the horrible events in Carrickmines reflected existing racism and discrimination against Travellers in Ireland today. Dun Laoghaire Rathdown County Council offered a site to accommodate the fire survivors but local residents objected to plans,” said a statement from the Laois Travellers Action Group.

“It identified 30 Traveller families in Laois with no access to accommodation. 10 of these families were sharing accommodation with relations, 14 were living in caravans parked in unofficial sites and 6 families were at the verge of being evicted by their landlords without having found alternative private accommodation.

“A total of 65 children were affected by these situations.

“This level of difficulty in availing accommodation has continued throughout the year. It has no precedent in Laois.

“It is happening in the context of a national crisis in accommodation and in addition to a lack of Traveller Specific accommodation despite the local authority’s recognition of its demand and need.” said the statement.

The group say Travellers have very limited access to “culturally appropriate accommodation, and to private rented accommodation due to discrimination”.

“ This is perpetuating an accommodation crisis that continues making Traveller families vulnerable to more tragedies.

“Fire safety initiatives are to be put in place but these will become insufficient if they are not implemented alongside a comprehensive and resourced accommodation programme to meet present and future accommodation needs,” said the statement.

Laois County Council reported last month that work has started with the LTAG and Laois Fire and Rescue Services to establish a Fire Steerin ggroup for Travellers.