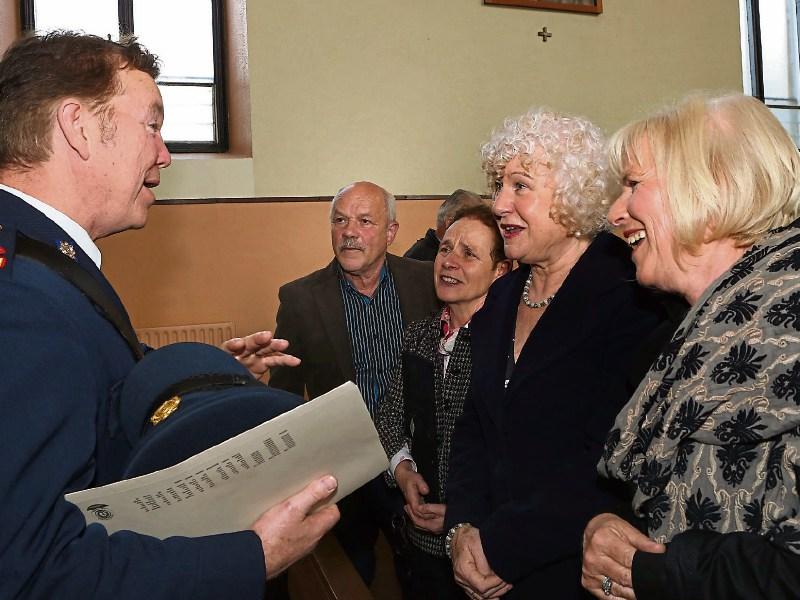 Confirmation that Michael Clerkin had received a transfer to County Meath was received just days after his funeral 40 years ago, his family revealed at his anniversary Mass in Portarlington.

Peter, Margaret, Assumpta and Dolores all travelled to Laois for the Mass. A fourth sister, Marie lives in Britain and could not attend the memorial mass for her dead brother who was blown up near Portarlington in 1976 by the IRA.

“He had applied for a transfer to Trim and it came through on the Monday following his burial. It was in the post and had been sanctioned before this all happened,” said Assumpta.

“That would be like a closure for ourselves and the rest of the lads who have suffered. It is about remembering,” he said.

While the family suffered a grave loss they have solace in memories of their brother.

They said he enjoyed his time in Portarlington.

“He liked being stationed in Portarlington and his colleagues here. He wasn’t as happy when he was sent into Portlaoise to the communications room at Portlaoise Prison,” said Dolores.

Proof of his popularity in Port was the many local people who spoke well about their brother four decades on. They included Mrs Finlay, his former landlady, Niall McElwaine who told them Michael was on duty at the official opening of the Portarlington Swimming Pool by President Erskine Childers.

They were conscious of the other gardai who were injured.

“Sgt Peters lived every day of his life since with constant reminders of what has happened. It was just absolutely horrendous and for his family and for Jim Cannon, Gerry Bohan, Ben Thornton,” said Dolores.