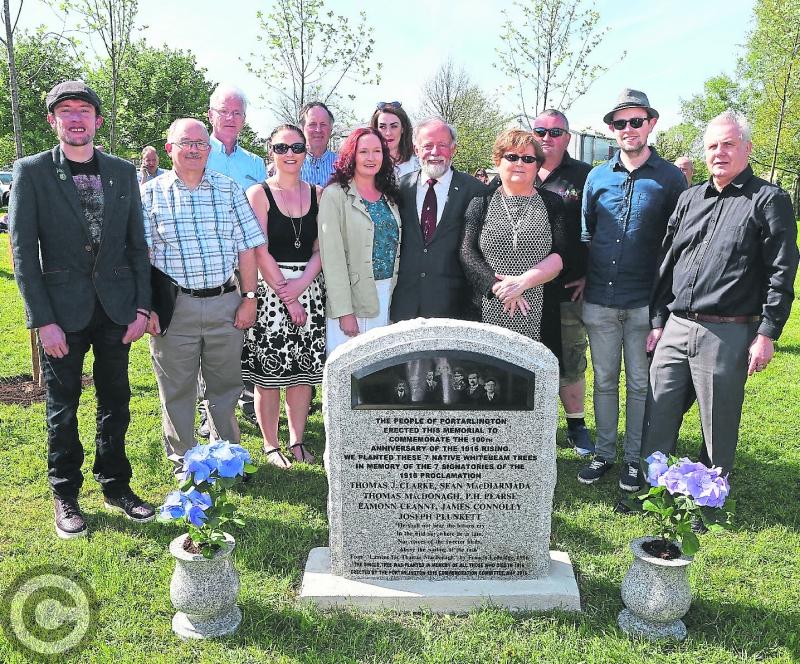 The Portarlington 1916 Commemoration Committee have extended its sincere thanks to everyone who supported all its events during this Centenary year.
The group thanked to all the businesses and individuals who supported with funding and materials.
Laois County Council's Heritage department was also thanked for €1,600. It was used to help us to pay for most of the materials etc we needed.
The group also thanked the public who came out for each event. Finally, thanks were extended to all of the Committee who put in the time and energy to mark the 100th Anniversary of the 1916 Rising.

The group ran a number of events during the year. The committee hosted a tree planting to remember the local men who lost their lives in the 1798 rebellion and to commemorate the 100th Anniversary of the 1916 rising. A stone 1916 proclamation monument outside Portarlington Library was unveiled.

Seven native Irish trees (white beam) were planted in the People’s Park, one for each of the seven signatories of the Proclamation along with a boulder with an inscription marking the tribute.

A sculpture of the ‘Starry Plough’ from the original flag was erected at the he Kilnacourt roundabout. This sculpture was created using a 100 yr old plough donated to us by Jim Hyland.