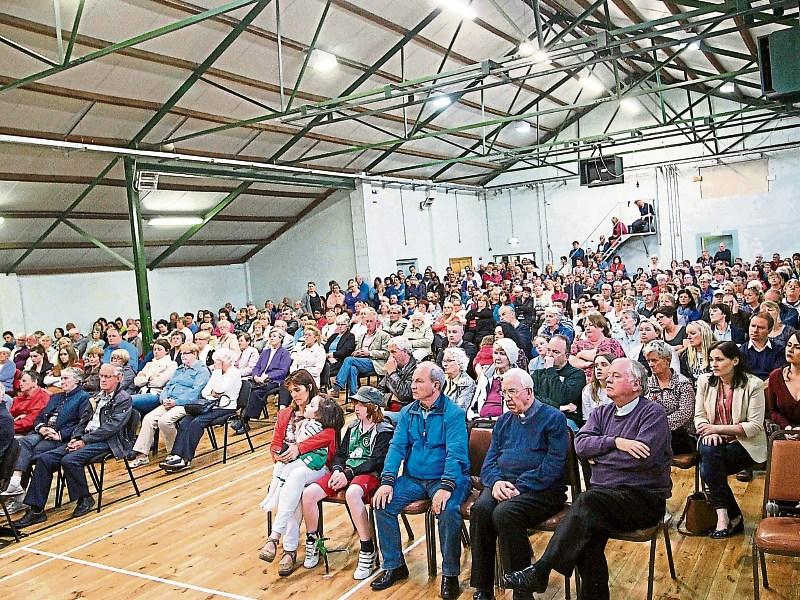 Recent comments by Dr Susan O’Reilly on Portlaoise hospital, have reinforced fears that she will recommend closing both the A&E and the maternity unit.

While her recommendations for Portlaoise have not yet been published, her views as expressed to Laois councillors recently, reaffirm her plans for Laois.

Cllr Padraig Fleming is one of three Laois councillors on the Dublin mid Leinster regional Health Forum and is now “twice as concerned”.

At its November meeting, they got an update from Dr O’Reilly, CEO of the Dublin Midlands Hospital Group, whose influential report will be soon given to Minister for Health Simon Harris.

“She said it should be looked at whether there should be a maternity unit to cover the midlands. She said it would be better to have one big unit serving the midlands, but that it would take time and investment. Her long term aim is to take maternity to Tullamore, that’s her thoughts. Now I’m equally concerned about maternity as well as the A&E unit,” Cllr Fleming told the Leinster Express.

A new maternity wing in Tullamore will cost an estimated €70 million, and could be done in eight years, he said.

Dr O’Reilly told them that birth numbers have dropped in Portlaoise, from 2,000 a year, to 1,500 last year.

The future is bleak also for Portlaoise’s A&E, which gets 40,000 patients a year.

“She broke down the figures, she took out the numbers going to maternity and paediatrics, leaving 23k. She is hoping that the new Acute Medical Assessment Unit built at Portlaoise will take 80 percent of those. Basically she wants to shut the A&E down,” Cllr Fleming said.

Dr O'Reilly's report, commissioned after Hiqa raised safety concerns on Portlaoise, is currently with the HSE for clarification. It was drawn up in consultation with medical groups.

“We have a long battle ahead,” said Cllr Fleming.

Dr O’Reilly made her comments to the councillors before the publication of a new follow-up report by HIQA on Portlaoise hospital.