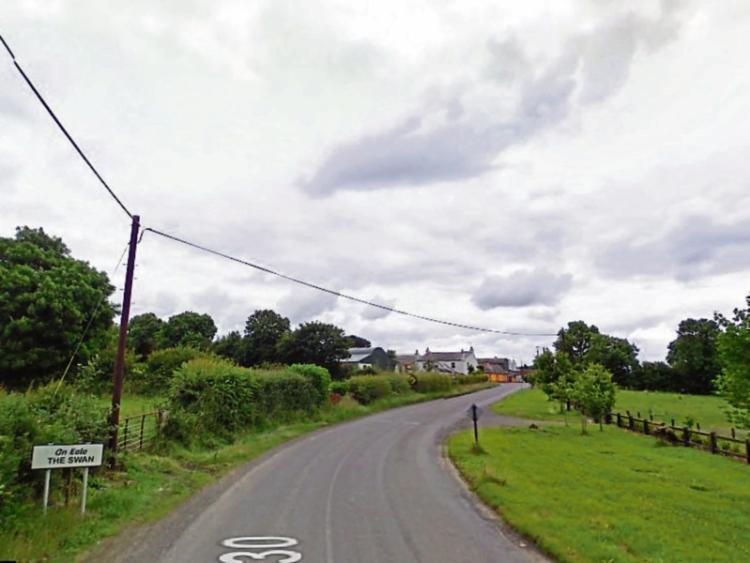 A large shed in The Swan village in Laois that has caused road traffic accidents for over 40 years , due to the lack of driver sightlines, may be dismantled and rebuilt elsewhere by Laois County Council using government funding.

Cllr Ben Brennan asked the council for an update on safety measures at the junction to the Clogh road.

“I actually think they’re waiting for someone to be killed. We were told you were going to put something on the road to slow down traffic,” he said, suggesting that a shed be erected for the owner at a safer location.

“Seven years ago we agreed a proposal but the dept gave no funding. 40 years ago there was a fatal accident because of the sightline. It is a totally treacherous bend. It will cost a lot of money to take down a big garage like that,” he said.

The council reply from engineer Farhan Nasiem is that the removal of the shed is “to be examined”, agreeing that sightlines are severely restricted looking in the Carlow direction.

“A scheme can be designed for 2018 proposals for Low Cost schemes to the department,” he said.