Schoolchildren on the busto Killeshin NS are travelling on untreated roads 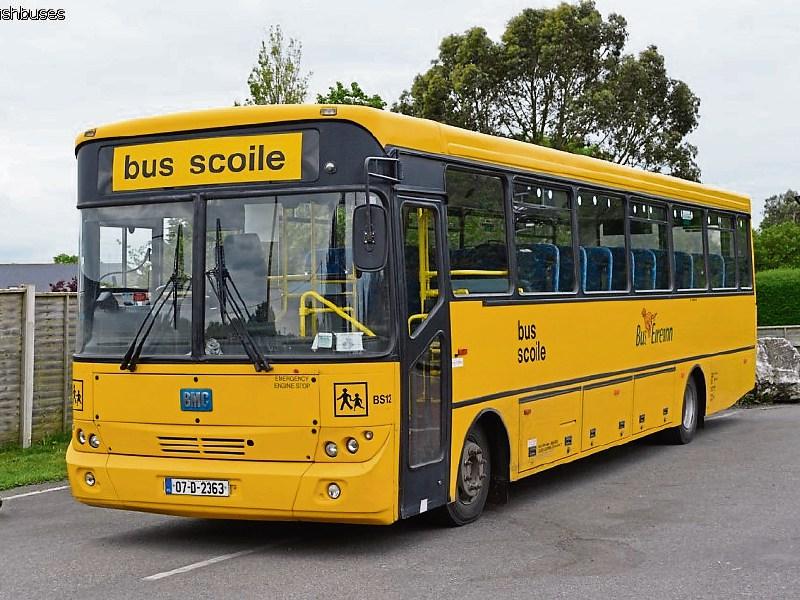 The New Line road and the Cuts roadin Rossmore, East Laois are not salted by Laois County Council, despite being used by “a busload of 51 children”.

Cllr Ben Brennan asked for the roads to be included in the salting program at the December meeting of the Graiguecullen Portarlington municipal district.

“Just in serious frosts, ten minutes would do it. The road goes from Killeshin to Rossmore, climbing 600 feet, with some very bad sections. A bus has gone out into the ditch the last three or four times during heavy frost. They are not allowed to go another route because the insurance won’t cover it,” he said.

"This is a busload of children, a 51 seater bus, and there is a massive drop beside that road," he said, referring to the bus going to Killeshin National School.

The reply from senior engineer Henry Ritchie is that they treat 474km of road in Laois, 23 percent of the road network. Roads are chosen based on their class and traffic volumes.

“Additional funding for winter maintenance means less funding for other routine road maintenance. It is simply not possible to include every road on our treated network," he said.

However exceptions are made in severe icy weather.

"In times of very severe weather, the area engineer can arrange to have other routes treated through salt delivered to the area depot. It should be noted that the neighbouring R431 from Crettyard to Tolerton was brought into the salting programme last year following the purchase of a larger salt spreader,” he said.

“I don’t accept that answer at all, I'm not happy, I feel it should be done,” said Cllr Brennan.

“It should be open to review and other roads accommodated,” agreed Cllr Aidan Mullins.

Cllr Brennan had a second motion about water flowing in “a massive fall” from land onto the same New Line road, causing skids in icy weather.

He requested a drain be installed to fix the problem at James Hennessy’s house.

“A 6” pipe would take the water,” said Cllr Brennan.

Engineer Philip McVeigh explained that water flowing down the road ponds at the lowest point on the road outside the house, suggesting a site meeting. That drainage work will be considered if a suitable outfall can be identified and councillors pay with their discretionary funds.