Songs and memories for Kathleen O'Brien

Big concregation in Portlaoise Church for funeral of Portlaosie stalwart 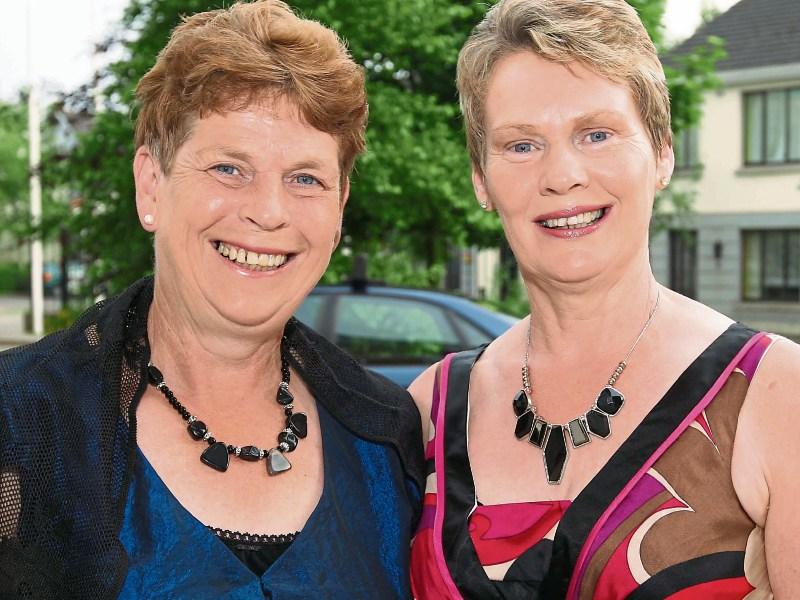 As St Joseph’s Accordion Band led Kathleen O’Brien’s funeral cortege the short distance from her home at Millview to SS Peter and Paul’s Church, Portlaoise, last Saturday, one accordion was silent—her own.

Poignantly, it was carried by her nephew Barry Smith. Kathleen had joined the band comparatively late in life, but made up for lost time with her enthusiasm. According to her son Andrew, she was known even to have honed her musical skills in the early morning hours—a fact to which her neighbours could apparently testify.

Another of her many interests was the historical Burial Ridge, adjacent to her house, and, appropriately, it was on the route of the cortege.

A large crowd awaited the cortege, and as it entered the church grounds the silence was broken by the tap, tap of Jerry Dunne’s drum. He and his colleagues were mourning not only Kathleen, but also Paddy (Slim) Connell, who had died that morning. He had helped form the band 60 years ago.

As the coffin was removed from the hearse, United Nations’ veterans, members of Post 27, came to attention and saluted. The Parade Marshall was Jimmy Shiels. Kathleen’s late husband, Pat, served in the Defence Forces.

Kathleen’s grandchildren brought the offertory gifts to the altar. These included family photographs, her accordion, jewellery, Tidy Towns medals and a picture of her beloved dog Saoirse.

Fr Byrne described Kathleen’s death as a huge loss to Portlaoise. Last Easter, he recalled, she had read the 1916 Proclamation in the church and, he stated, she personified the ideals of that document.

He said she had never been dying with cancer. Rather, she had lived a full life. He spoke of her commitment to the community and to the retention of the A&E department in our General Hospital

In her memory, he urged people to continue to defend the fundamental services in the hospital and to ensure that it continued to grow.

He concluded: “She was a gentle and kind woman. She fought the good fight, finished the race, kept the faith.”

Andrew O’Brien, Kathleen’s son, paid a moving and witty tribute to his mother. He summed up: “She was the funniest and kindest person I ever knew.”

The 65 Kitchen Choir, directed by Caroline Smith, sang ‘Lovely Laois,’ one of Kathleen’s favourite songs, as the coffin was carried down the centre aisle.

Current and former County Councillors, formed a guard-of-honour as the hearse left the church for SS Peter and Paul’s Cemetery.

There, too, was Foreign Affairs Minister Charles Flanagan.

At the cemetery, the cortege was met by the Cemetery Committee of which Kathleen had been Cathaoirleach.

Fr Byrne led the large attendance in reciting the graveside prayers, and Kathleen was laid to rest to the strains of ‘A Mother’s Love’s a Blessing’ sung by her nieces.