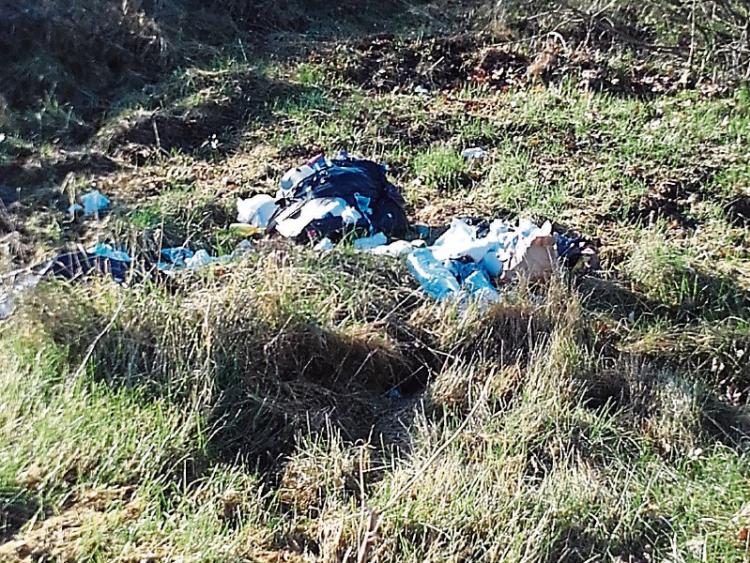 A councillor’s appeal for no dumping signs in the Clonaslee area remains unanswered two years after he first lodged despite ‘scandalous dumping’.

For what he said was the third time in two years, Cllr Seamus McDonald, called on Laois County Council to erect ‘No Dumping’ signs at Brocklagh, Clonaslee near the River Clodiagh. The black spot is located on the Laois Offaly border.

He raised the issue at the Borris-in-Ossory Mountmellick Municipal District.

“It is scandalous what is happening taken place there. It is illegal dumping on the Laios Offaly border,” he said.

In reply Mr Edmond Mr Edmond Kenny, Acting Senior Executive Engineer told the Fianna Fáil councillor that the request would be considered. “The Environment Section is currently sourcing appropriate ‘No Dumping’ signage. This request will be considered when the new signage has been procured,” he said.

Cllr John King estimated that the cost of installing a sign was up to €150 each.