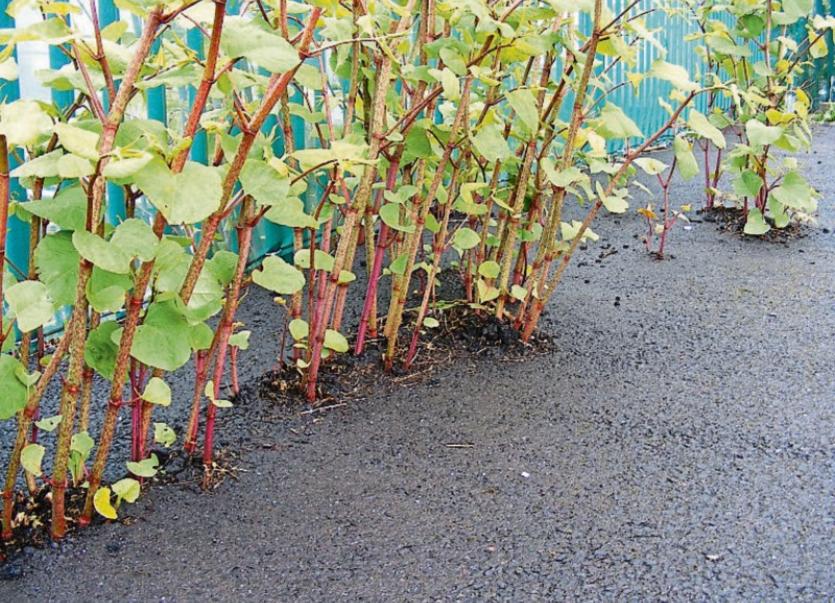 The aliens have landed, and they are in danger of breaking up Laois roads, it was heard at the February council meeting.

Invasive Alien Plant Species (IAPS) in particular Japanese Knotweed, ”has the potential to significantly affect native Irish biodiversity” and cause risks on roads by damaging roads, paths, walls and foundations, as well as blocking sightlines and road signs.

So revealed Transport Infrastructure Ireland, who this week sought agreement from Laois councillors to work with their neighbouring counties and seek a joint contractor to wipe out the dangerous invasive plant.

Laois is one of 12 counties seeking tenders for a joint contractor to tackle the plant invader, with Kildare County Council acting as lead local authority for the project.

He said a survey has already been done in Laois and “bits” of the weeds were found.

“If you see them notify us,” he told councillors at the February council meeting.

“It grows right in the middle of the road, breaking through tarmac and cement,” he said.

The works will be paid by Transport Infrastructure Ireland, who gained the approval of Laois County Council at their meeting of February 27.