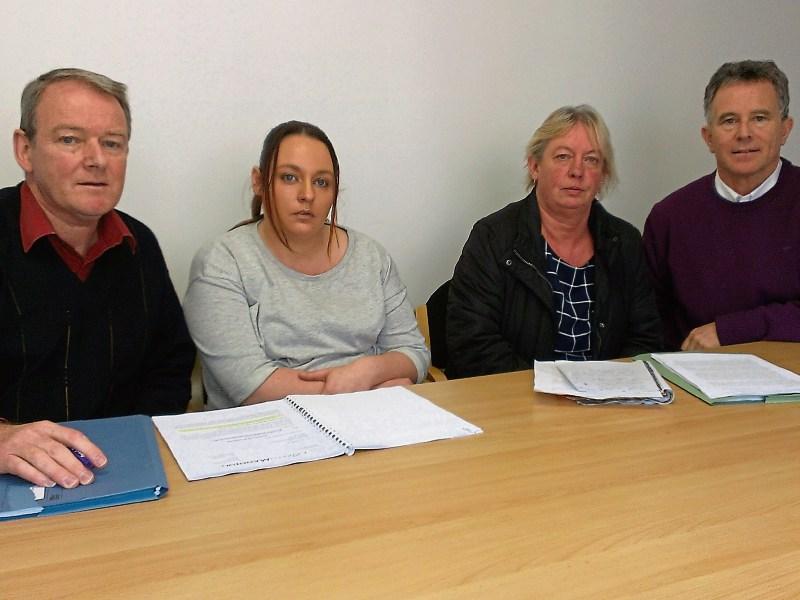 Two Laois TDs have put party politics aside to take up the torch for the Monaghan family in the search for the truth of what happened to a young Durrow man who died in Kilkenny in 2012.

Fianna Fáil’s Sean Fleming and Sinn Féin’s Brian Stanley are adamant that the case is not closed. The want it to be re-investigated and brought to court.

Kieran ‘Mono’ Monaghan died from a single stab wound to the chest in an incident at a St Valentine’s night party in 2012 at an apartment in Larchfield Court, Kilkenny.

Both politicians raised the issue jointly in the Dáil last week with the Minister for Justice, Frances Fitzgerald. However, they are extremely disappointed that the Minister refused to intervene

Dismissing the Minister’s reply as ‘hopeless’ Deputy Fleming said he intends to take the matter up directly with the Garda Commissioner, Nóirín O’Sullivan.

“I intend to write to the Garda Commissioner for an entirely fresh investigation because we don’t think the matter was properly investigated on the night and the immediate aftermath,” he told the Leinster Express.

“We don’t think all the evidence that should have been collected on the night was collected.

“We are concentrating on the Garda Síochána because the DPP can do very little unless he gets more evidence from the gardaí, so I am taking it up with the Garda Commissioner to re-open this investigation,” said Deputy Fleming.

The Sinn Féin TD agreed and said that a garda from outside the Carlow Kilkenny division must be appointed.

“What I asked for in the Dáil is to have the garda investigation re-opened and for it to be carried out by a senior officer outside the division. The senior officer should look at all aspects of the case and the incident which led to the death of Kieran.

Both TDs had multiple concerns about the handling of the case by gardaí in Kilkenny.

“The bottom line here is that the justice system has failed in this case. The responsibility is with the Minister of the day to intervene to carry out two things to re-open the investigation which has all the signs of being totally inadequate,” said Deputy Stanley.

Deputy Fleming said the issue was raised in the Dáil because an inquest is being pushed for. However, he said this cannot be allowed to proceed unless the case is re-investigated. Both TDs are completely disatisfied with the DPP’s decision to use the Defence of the Dwelling Act as a reason not to prosecute, especially since the law was passed to protect victims of thieves but also has never been tested. They say there is no suggestion of burglary in this case. Because the new act was been applied, the TDs insist it must be tested in court.