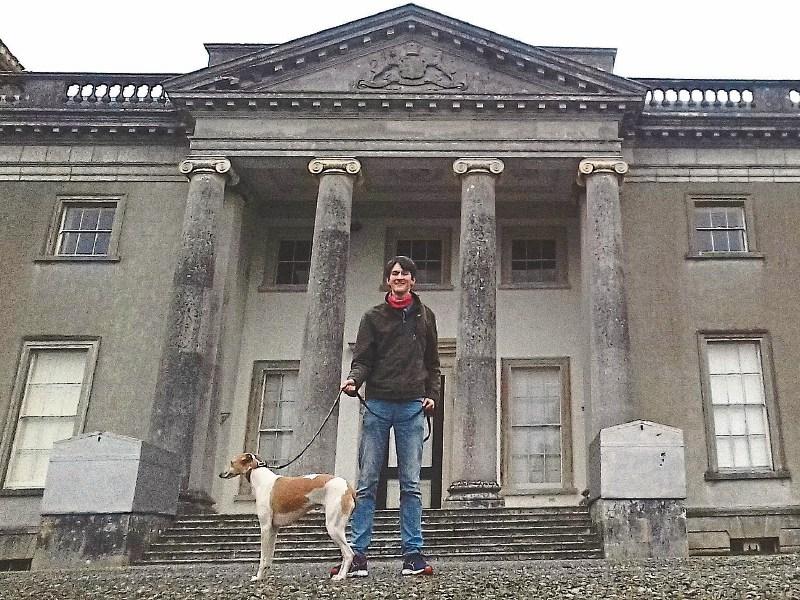 A young man from Emo village, has taken it on himself to organise a ‘Picnic Protest’ over shorter opening hours in his beloved Emo Court.

Jody Mulhall has been enjoying walks in Emo court since he was a tot, and he found it particularly hard when opening times were cut by the OPW last summer.

He has ASD, which brings with it a difficulty in a change of routine. It also makes social situations stressful, but such was his distress at the earlier closing times, that Jody arranged a picnic and is asking the people of Laois to pack their goodies and come to support him, on Sunday May 14 at 7.45pm.

“He told me about it afterwards, you could have knocked me down with a feather,” said his mother Louise Drew.

What makes the day even more special is that Jody organised it for the day of his 21st birthday.

“I pointed that out to him, and he told me ‘I thought that if people try to make it stay open for longer, that is what I would like for my birthday’,” Louise said.

Jody has close links to Emo Court since he was a small baby.

“He was baptised in Coolbanagher Church, and we have a photo of Major Cholmeley bending over to say hello to him. Since he was three, we would walk in past the coach houses, often he would see Mr Cholmeley and they would give each other a wave,” said Louise.

Jody explained why he organised the peaceful protest.

“I've been walking in Emo Court since I was little. I also love going for walks in general. Plus it's handy that the gardens are nearby,” he said.

They close at 4.30 from November to February, 5pm in March and October, 7pm in April and September and 8.30pm from May to August.

However the gates are locked half an hour before closing, reportedly while walkers’ cars are still parked.

Jody wants the times extended by about two hours.

Louise points out that Major Cholmeley left Emo house and grounds to the state, for the enjoyment of the public.

“It’s scandalous. A lot of people are very irate. There is such a following of people wanting it to stay open. People now park on the road in, so kids on bikes or walking are more at risk. A lot of people give out about it, but Jody is the only one to do anything about it. I am very proud of him, this is the talk of the village now,” she said.