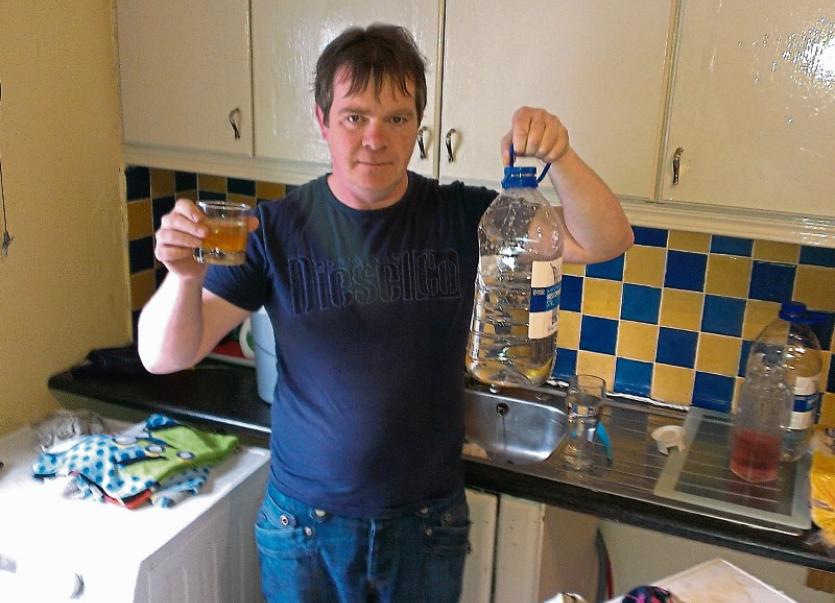 A contaminated water supply in Portlaoise has revealed the maze that householders and Irish Water face in sorting out problems with water supplies.

Over the past three weeks a mystery substance begin to appear in the water supply of Karl and Katie Meehan's home in Portlaoise.

The problem grew to a point where a congealed amber substance began clogging up their household appliances.

Their mains water supply was contaminated with what were tiny beads that had a slight amber brownish hue.

The family could not drink their water, use their washing machine or other matters.

When contacted by the Leinster Express, Irish Water's initial response was that it was a private matter as the substance came from an uncleared water filter. Mr Meehan said there is no such filter in his house and his plumber could not locate the source.

In reply, Irish Water confirmed that the beads are not used in any of its water treatment processes.

“They are however used in many private water softeners or private water filter systems in homes and businesses that are on a water supply that is considered hard,” it said.

The company admitted that while meters were installed, supplies could be shared.

“We note that the property referred to is a private residence that is located above a business.

“At the time that properties such as those at Pepper Lane and Main Street in Portlaoise were built, they often were built to have shared or connected water supplies.

“This can result in a private home sharing the supply with a property that it is either above, below or beside them and, as a result, the source of the beads entering the water supply at the property could be from any of the properties around it,” it said.

Irish Water advises that the source of the beads are not from any treatment carried out by Irish Water and is not an issue that has occurred on the public network and is a private matter.

Mr Meehan said the problem began to clear on Saturday after after the Leinster Express reported on the problem on its website last week.

Even though Irish Water installed a meter at their home, Karl and Katie Meehan say they receive two bills from Irish Water- one goes to Peppers Lane and one for 94/95 Main Street. The bills were also sent to Frankie Meehan, Karl's father who died five years ago.