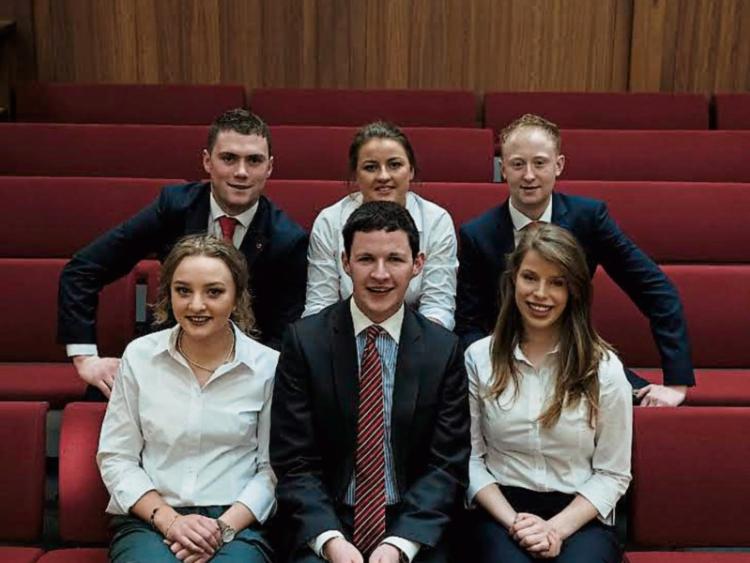 Pike-of-Rushall student William Delaney joined other Food and agriculture students from University College Dublin (UCD) and Waterford Institute of Technology (WIT) in UCD’s Garret Fitzgerald Debating Chamber for a debate on the possible impact of Brexit on the Irish agri-food industry.

The 2nd Annual “Great Agri-Food Debate” pitted teams against each other on the motion: “Brexit will be good for the Irish Agri-Food Industry”.

Following an energetic and informative debate, with both teams having accounted for themselves extremely well, the team from UCD opposing the motion won the debate on a very tight split decision.

In opposing the motion UCD drew on the importance of this trading relationship.

UCD’s captain Niall Walsh argued: “The Irish agri-food industry, without demand from the UK, would be completely rudderless. Like it or not, for hundreds of years, Ireland and the UK have had close ties and a trading relationship.”

They also drew on Teagasc data estimating that Brexit could mean a reduction in the value of Irish agri-food exports of anything from €150m (1.5%) to €800m (7.2%) per annum. Finally, they discussed alternative deals that the UK may sign with countries outside of the EU, and the dramatic increase in competition that could result for Ireland.

Arguing for the motion, the team from WIT laid out the post-Brexit opportunities. They downplayed the “hysteria” that has surrounded some of the public debate, arguing that Ireland will remain a special trading partner of the UK, with some form of a “most favoured nation” arrangement.

WIT’s captain William Delaney said: “Ireland and the UK joined the EU the same year, and the British rely on our quality exports so the strong relationship will prevail. In addition, Brexit will increase the impetus for engagement with other nations both within the EU and outside, such as the US and China. These are lucrative markets, which perhaps we have neglected because of our over-reliance on the UK.”

Commenting Niall Browne, CEO Dawn Meats said; “The quality and delivery of the arguments is what we have come to expect from these high calibre WIT and UCD students.

“ Their message that while Brexit represents a very significant challenge and that active management is the only sensible approach, the Irish agri-food industry’s cohesiveness, strength, innovation and sustainability credentials means it has a strong platform to take on this challenge and identify opportunities that may emerge during the process.”