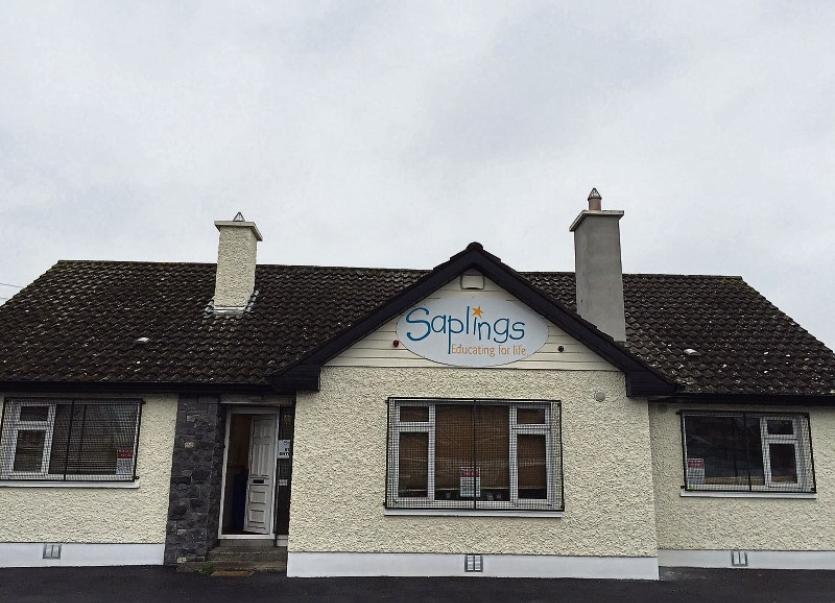 The parents, staff and children of a school for Autism in Laois are pleading for help in finding a new place to call home.

Saplings is a special school for children with Autism and complex needs. It is located in a converted bungalow and prefabs in Church Road, Graiguecullen.

Located inside the Laois County Council border, it caters for children from Laois, Carlow, Kilkenny and to a smaller degree Kildare and Offaly. There are less than 20 pupils in the school which takes children aged 4-18. Some stay for a number of years while others can return to mainstream education thanks to the skills acquired. The school is recognised and funded by the Department of Education.

However, the building is no longer fit for purpose. It is a partially converted bungalow which is supplemented by two large prefabs that are subdivided. The prefabs take up nearly all of the outside space. The entire school is squeezed into a half acre site meaning there is no green space. Its little parcel of outdoor space must be shared by old and younger pupils.

While many schools suffer space problems, it is a critical issue for the Saplings school because of the special education it provides.

In recent months an even more dire problem has emerged. Its sewerage system is now completely over capacity which has forced the school to close twice in the past month. A private waste contractor has had to be called in five times in the past five weeks to empty the septic tank. There are also problems with the water supply.

Its principal Kerrie Wickham appealed for help. Ultimately the plan is to build a school but the principal sees this as a long term goal.

“We need emergency accommodation, we need it now. We need a short term solution. The clock is ticking in relation to the health and safety issue. We have very little space. Staff and children are on top of each other. It is not encouraging a safe and happy environment for children to have their own safe and personal place especially for children with autism,” she said.

She is appealing to the owners of private or public land or buildings in the Graiguecullen/Carlow urban area. Ms Wickham says the school is prepared to enter into a long term lease. The problem with getting a building is the lack of supply.

Ms Wickham said she has raised the issue with politicians who have made representations on behalf of parents who are trying to get a place for their children in the school. She hopes they can help.

The principal said the Department of Education is aware of the problems but she believes its focus is building new schools to meet population growth.

“What they have said to us is that it is up to the board and patron body to provide or source some kind of accommodation and they will give us the rent,” she said.

She said she is updating the department each week but the reply is that funds are limited.

“I am not getting anywhere really,” she said.

She said her pupils are amongst the most vulnerable but are getting “the short straw.” She said parents are also victims and are affected by the situation.

“It is an emotional battle for parents on a daily basis dealing with children with special needs while having to fight for basic human rights in education,” she said.

The principal praised the parents, pupils and staff who live for the children and the job but nobody involved can escape the long list of problems with the school.

She said there is already a waiting list to get into the school but there is no capacity to accommodate these. She said that the building is preventing the school from helping children and families.

“It is really unfair on those children that they have to stay in places where they are not making any educational gains,” she said.

Read a Portlaoise parent's view of the situation here