From Laois to Dublin - Helping the homeless with P.A.T.H. in Ireland's capital city 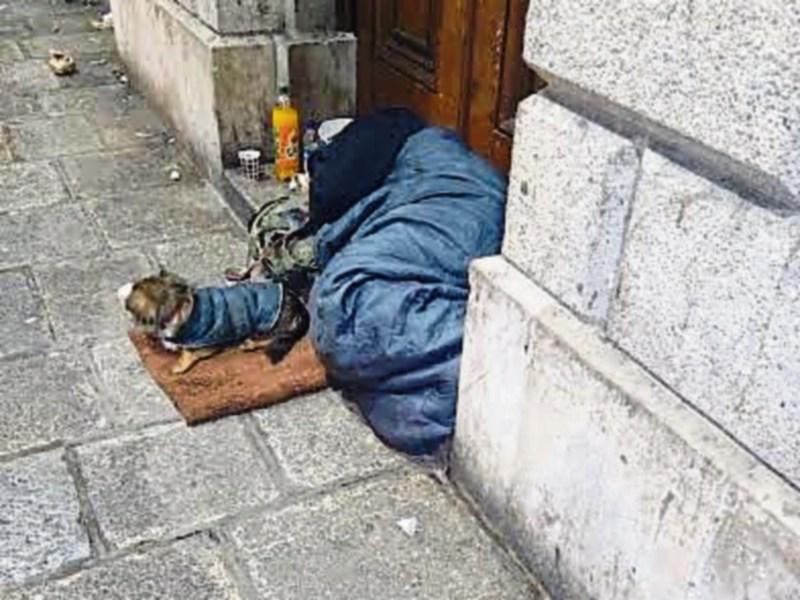 My journey as a volunteer began last November on a chilly Tuesday night in Dublin.

I had dropped my daughter and her cousin off to the Justin Beiber concert in the 3 Arena and had a lovely dinner with my sister and sister in law.

We decided to take a walk up Grafton Street to do some window shopping in the Brown Thomas window and other shops along the famous street.

The issue of Homelessness has been well documented in the media and as much as I sympathised and thought I knew a little bit about the ‘situation’ until I was actually face to face with cardboard beds and life possessions placed in a plastic bag I realised I really had no idea of how huge the problem is.

I remember walking around watching some of the people trying to bed down for the night and I was thinking thank God it is a dry night.

As it was a Tuesday it was a fairly quiet night by Dublin standards but still there was a lot of noise and laughter and traffic and of course bright lights.

How could you drown out all of that and try to get some peaceful sleep????

I was also thinking how do these poor people manage to get any sleep on a Thursday, Friday and Saturday night, traditionally the busiest nights in Dublin city centre.

Then I looked around at all the people walking along that street just like my companions and I.

They walked on, to me, oblivious to the existence of the people in the doorways.

Or perhaps they were just so used to seeing them that they didn’t actually ‘see’ them anymore.

In the same way as the people in the doorways had to drown out all the distractions around them, the late night walkers had drown out the sight of these makeshift beds and their occupants.

I just thought this is wrong on so many levels.

I was heartened that night to see that there were some angels walking around offering hot tea and coffee in flasks to anyone who was still awake in the doorways.

I thought that it was such a simple yet such a powerful thing to do.

It might not change the situation but at least these angels were doing something to make a difference.

I decided I would love to do the same if I could. And then I discovered P.A.T.H.

P.A.T.H. is the Portlaoise Action Towards Homelessness.

They are a volunteer group who go to Dublin every Saturday night to help the people on the streets.

I went along to the monthly meeting in the Leisure Centre, listened to what they do and signed up as a volunteer.

I was extremely nervous, anxious, worried and yet excited (and although that doesn’t seem to be the appropriate word in the context, it was how I felt at the time).

I met the group of volunteers at St Peter and Paul’s Church at 5 o clock.

We drove to Traceys restaurant and collected trays of stews in sealed takeaway cups and fresh sandwiches, all of which are given by the fabulous staff every week.

Once loaded up we headed to Dublin to begin our night’s work.

As on that first Tuesday night in November, it was a cold night out.

This night however the city was thriving.

It was the middle of the Christmas party season and Dublin was alive with flashing lights, music, laughter and people.

P.A.T.H. have a set route they walk each Saturday and the people on the streets know it well.

One gentleman waits just up from where the van is parked.

He was eager to receive the hot stew and tea and even more eager for the company and a chance to talk and be listened to.

I stayed in the background happy to pour tea or coffee, but I too listened as he spoke. After a while we moved on but not very far.

Every 5-10 metres we met someone in need. Again the hot food and drinks we had to offer were very much needed but so was the human interaction, the kind words, the smile, the acknowledgement that these are not invisible people and that for a little part of their day someone was listening to them and talking to them as a human being.

Walking through Grafton Street this time was almost a surreal experience.

On one hand you have the late night shops with plenty of people happy to part with their hard earned money looking to buy that special gift for loved ones.

You had party goers in pairs or small groups giddy with excitement for what the night will hold.

You had families out looking at the Christmas shop windows and lights. Everyone was in fine festive form. And then you had the people on the streets.

I don’t know if there were more people this time or if I just looked and saw properly this time.

Many could not bed down for the night because their doorway was still open and they were most certainly not welcome inside.

I met people of all ages, from all parts of the country and the world.

There is Jack. A gentleman in his late 70’s perhaps early 80’s who is from England but who has been living in Ireland for more years than he can remember. His doorway is just around the corner from Dail Eireann.

I met Travis, a 4 year old boy and his parents. They had his Santa picture clutching it so proudly like any other parent would. Travis was so excited and gratefully accepted the chocolate and sweets we had, delighted with his stash as any child would be. They were on their way to get the train out to the B&B they were staying in that night.

They were unsure if they were going to be in the same place the following week when Santa was arriving but we all assured Travis that Santa would know where he was. I really hope he found him.

There was the lady with the guide dog. There was a gentleman from Poland. There were young men and women some still in their teenage years who were on the street for many, many reasons.

Our mission was not to know the reason, although many of them were willing to tell us.

Our mission was to provide them with some hot food and drink and a listening ear.

As the night got colder we continued on and met more people on the way.

Most of the people we helped knew P.AT.H. and greeted the group with enthusiasm and gratitude.

The ‘Portlaoise Stew’ is famous among the street people of Dublin.

In fairness, many people who passed us when we were stopped put money in the donation box and told us we were doing a great job.

Many of the people on the streets also put some money in the donation box. All donations are gratefully received and put to great use.

Volunteering in any way is a very satisfying thing to do.

A lot of the people who receive the help from volunteers appreciate the time that is given above all else.

That is one of the things that struck me most on my first night and the nights that have come after it with P.A.T.H.

Yes we give hot food, drinks, toiletries etc but most importantly to the people on the streets we give them our time.

If you would like to know more about P.A.T.H. you can come along to their monthly meetings on the 1st Tuesday of every month at 8pm in Portlaoise Leisure Centre.

Donations of cash are also accepted you can contact the team via their facebook page. Donations of time are also very welcome.