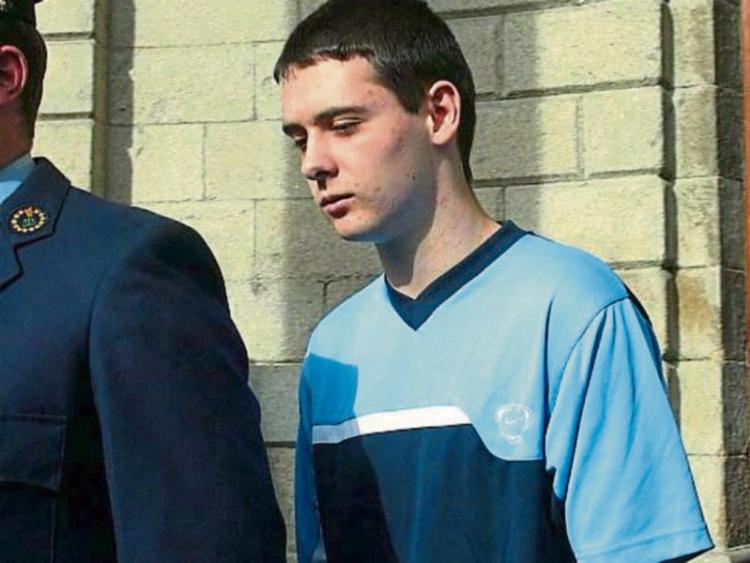 A strict regime is understood to be in place to police the movements of a Mountmellick native who murdered a teenager in 2003.

Darren Goodwin was the subject of a court hearing in recent weeks which the Leinster Express understands came about as a result of the frequency of Mr Goodwin's movements in Mountmellick in recent times.

Local people claimed that he was working and living in the Mountmellick and could be seen openly.

During the hearing Mr Goodwin, who was jailed in 2004 for the murder of Darragh Conroy, gave a committment to stay 8 kms away from Mountmellick.

Darragh’s mother Patricia was in court to hear the ruling.

“It’s the first time I had seen him since his release last year, which was difficult,” she told the Herald newspaper aferwards.

While she does not live in Mountmellick anymore she vitis Darragh’s grave up to four times a week.

“Since Darren Goodwin got out last year I have been afraid I would meet him on the street.

“It would be in the back of your mind. Relatives of mine have seen him.

“At least now I can relax a bit and not be nervous that I would see him. It’s a good decision.”

Patricia said there is not a day that goes by that she doesn’t think about Darragh or cry over him.

“My hopes, rather than my expectations, were that Darren Goodwin would get a sentence to reflect his crime,” she said.

“He hit Darragh once with a hammer from behind and then five times more as he lay on the ground. This was a sustained attack.

“It has changed me so much. Nothing could hurt me as much as losing him,” she said.

While Mr Goodwin has served his sentence, he is released under licence. The Irish Prison Service declined to make the terms of his licence available to the Leinster Express last week.

The Leinster Express understands that the court hearing came about due to the amount of time Mr Goodwin was spending in Mountmellick.

Under the terms of the order, Mr Goodwin must get permission from the Probation Service any time he wants to visit Mountmellick. It is understood that his visits will have to be for special reasons..

Gardaí will be notified by the probation services every time he visits the town.

Mr Goodwin's situation has been addressed at the highest levels in the Laois Offaly Garda Division.