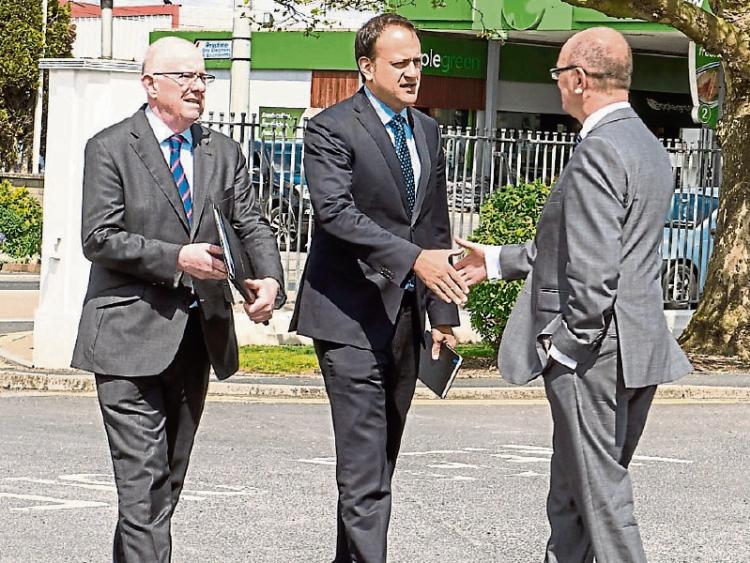 Speculation is mounting that Charlie Flanagan may hold on to his job in Government when Leo Varadkar becomes Taoiseach.

The Laois Fine Gael TD has been Minister for Foreign Affairs and Trade since 2014 and has been to the fore on Brexit and Northern Ireland.

Specualtion in political circles in Dubin is that Minister Flanagan should be 'ok' when Mr Varadkar takes over from Enda Kenny.

The Laois TD's early backing of Mr Varadkar in the Fine Gael leadership battle is viewed as factor in his favour.

He was seen also strong supporter of Varadkar within the parliamentary party. It is suggested that he may be left in Foreign Affairs because of Brexit and the unstable situation in the North.

Minister Flanagan was unavailable for comment. He did not make retention of his Minister's job a condidtion of support for Mr Varadkar.

He did tell the Leinster Express before the election that experience and continuity were important in relation to Foreign Affairs issues at present.

Minister Flanagan was at the centre of an social media incident earlier this year when it appeared from a Whatsapp post he was backing the Minister for Health, Simon Harris.

When the election was eventually called in Fine Gael, he through his full weight behind Mr Varadkar. He did so in an interveiw on an Sean O'Rourke's RTÉ radio show.

During previous leadership changes Minister Flanagan did not back the winning candidate. This went against him when it came to getting a seat on cabinet especially in 2011 because he vouched for Richard Bruton in a failed heave to oust Enda Kenny.

However, Mr Kenny brought him in from the cold in 2014 when he appointed him Minister for Children and later promoted him to Foreign Affairs. Mr Flanagan held this post after the new minority Government was formed last year.

He has since become one of the more recognisable and high profile of Fine Gael ministers.