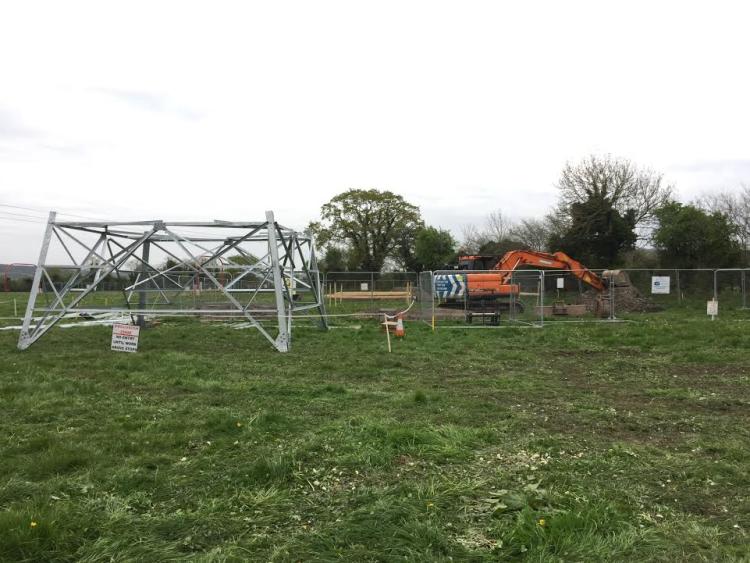 An planning inspector is reviewing a new application from electricity company EirGrid for a controversial power project in Laois which recently drew angry response from the Energy Minister.

An Bord Plenála has confirmed that a new file has been opened and a planning inspector appointed to review an application from Eirgrid for further work on a major piece of infrastructure in Laois for to improve the electricity supply nationally.

On June 8 the company applied to the planning appeals board for permission to 'alter the previously approved' planning application for a power substation in Coolnabacca near Ratheniska and Timahoe.

The State-owned power company was forced into the application after residents blew the whistle on work carried out without the proper planning clearance from Laois County Council. The local authority subsequently stopped the works.

However, the company told the council before starting the work that it was exempt from the need for planning permission.

EirGrid has since admitted and that it stated that work on the Coolnabacca electricity station site without the planning conditions being discharged, including the erection of a temporary pylon.

He said that once this issue came to light we immediately ceased all works. It said  no further works would take place until the necessary planning conditions have been agreed in writing with the planning authority, Laois County Council.

It said a temporary pylon is required during the construction works to ensure the safety of workers on site and to maintain security of electricity supply as an existing overhead line runs close to the perimeter of the new station.

Eirgrid said that once the station is built this temporary pylon and line diversion will be removed. It said this pylon is on ESB land and is over 800 metres away from the nearest house.

EirGrid and its partner ESB Networks apologised to Laois County Council and the local communities.

The issue was raised in the Dáil last week by Laois TDs with the Minister for Communications, Climate Change and Environment Denis Naughten. He described the unauthorised work carried out as 'totally unacceptable'.