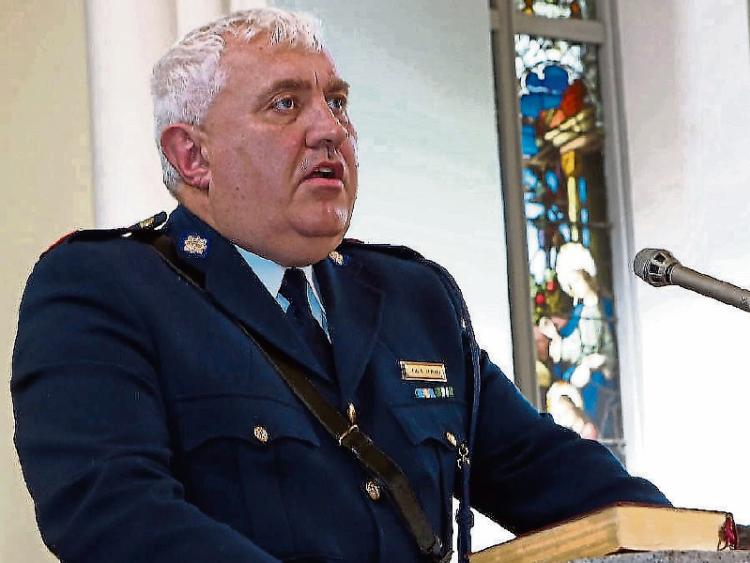 Rural burglary in Laois will not go away, but the conviction of a local gang has led to a significant fall in its incidence locally, according to the top garda in Laois-Offaly.

Chief Superintendent John Scanlon welcomed the jailing of three Laois men at Portlaoise Circuit Court. Brothers, Thomas and Gerard and their cousin William McInerney were jailed last week after being caught by gardaí in July 2016.

“The people of Laois and surrounding counties can feel safer as a result of the outcome of this investigation,” Chief Supt Scanlon told the Leinster Express.

He said the apprehension, conviction and jailing last week by Judge Keenan Johnson was important in the fight against rural crime.

“The overall hurt and damage to people in rural Ireland in this period was significant. We have had a significant reduction in rural burglaries,” he said.

The garda said the modus operandi used in farm robberies has not been seen since. Gardaí believe insider knowledge was needed to carry out farm thefts linked to the gang.

He praised the members of the Gardaí who intervened and 'put their lives on the line' to capture the gang. He said the four had suffered serious injuries and one has yet to return to work.

The garda thanked the text alert groups for their 'invaluable and immeasurable' contribution to the investigation. He acknowledged the farming community and the loss of property they have suffered as a result of crimes, suffered prior to the arrests.

He praised communities for the work they do in 'watching out for themselves'. He acknowledged the financial cost borne by communities through text alert and CCTV to protect their properties.

He warned that while this gang has been dealt with, vigilance remains critical.

“We are not out of a job because these people have been locked up. People have to remain vigilant.

“While we have seen a significant downturn in rural crime due a number of signficant arrests, but, into all vacuums of criminality comes other criminality to replace them,” he said.

As regards coping with crime the chief superintentent said more resources were always needed but 30 recruits have come on stream with a further 10 to follow shortly.

“We are short of gardaí but we are seeing significant extra numbers being delivered to the Laois-Offaly Division,” he said.

He said community policing is returing and drugs units have been established in Portlaoise and Tullamore.

He said this would help frontline policing and he hopes that division will have staff up within 18 months.

He does not envisage a reopening of garda stations closed during the boom. Neither does see 24-hour garda stations outside Portlaoise because he said he wanted to see more gardaí out on the beat.

He said a strategy has been drawn up for the policing in the division.