Fine Gael Kildare view of proposal to move 12,000 voters from Laois and Offaly in to Kildare 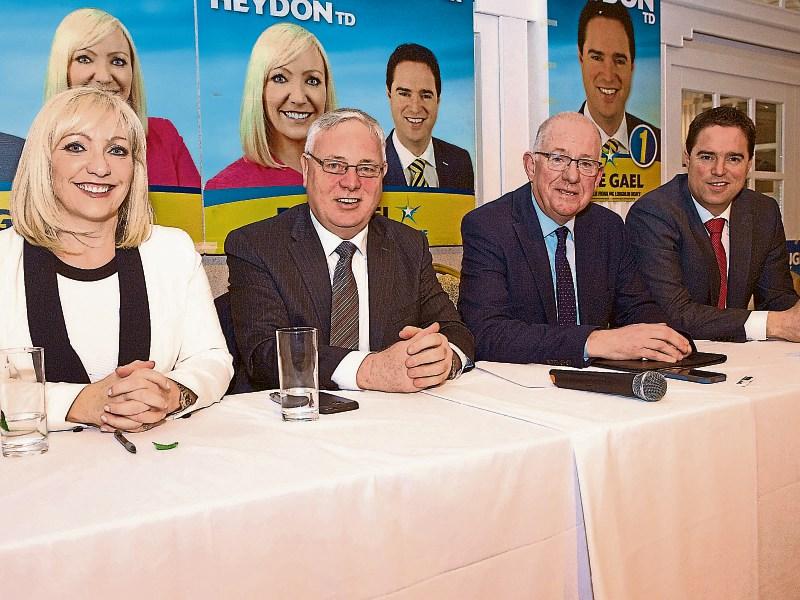 A Kildare TD has warned that the Portarlington voters will be part of a 'vast' constituency.

Kidare will have a total of eight seats in the Dáil, split between two constituencies under the changes proposed by the Constituency Commission. Laois and Offaly lose a TD with South Kildare gaining a seat with the inclusion of Portarlington and the return to the Kildare of Monasterevin and addition of parts of North Kildare.

Martin Heydon, of Fine Gael, is one of the three sitting South Kildare TDs who could soon be representing Laois and Offaly.

South Kildare is represented by Deputy Heydon, Sean O’Fearaghail and Fiona O'Loughlin, both of Fianna Fáil. Because Deputy O'Fearaghail is the Ceann Comhairle of the Dáil, just three seats would be contestable at the next general election if the proposals are adopted. Deputy Heydon said,

“The revised constituency and additional seat is ultimately positive for Kildare, increasing our overall county representation in Dail Eireann to 8. However, the new area of Kildare South now stretches from the Carlow and Wicklow borders in the South to the Meath border in the North giving a vast area to cover in what will essentially remain a 3 seat constituency while Sean O’Fearaghail is Ceann Comhairle.

“I am sure the residents of Portarlington, Ballybrittas and Killenard are also angered at being moved from Laois and Offaly to Kildare South but I look forward to getting to know and working with them while they are with us in Kildare South,” he said.

“I'm looking into the exact boundaries and have spoken to some senators, but with the amount of votes from the Portarlington area going to Kildare South, it might be to my own advantage,” he said.

He said more than 2,000 people signed a petition to move Monasterevin back into Kildare out of the Laois constitiuency.