Mountmellick men take to the streets over bin charges

Public protest mounted in Mountmellick over changes to waste collection 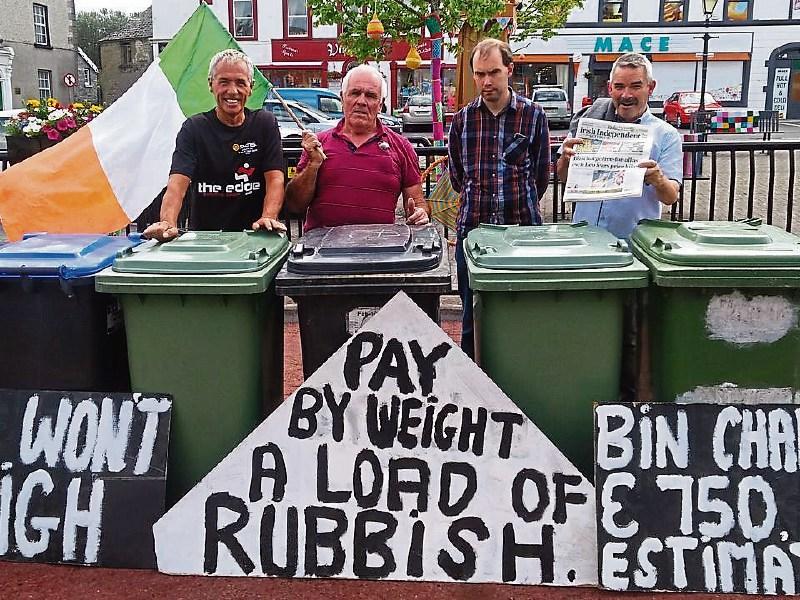 Donnie Keenan amassed a group of people to raise awareness about controversial pay-by-weight bin charges claiming that people are in for some serious refuge collection bills.

Mr Keenan claims that prices could hike to more than double further stretching families who could end up paying up to €750 per year.

“These new charges are described as a free-for-all and even have our new Taoiseach worried. People could begin to cancel their bin services and my question is where all the rubbish will go to.

“A sharp increase of illegal dumping will leave the local authority to pick up the tab and most likely employing extra litter wardens. This could come as a huge financial mess to Laois County Council along with councils all over the country

Mr Keenan said people will not pay high prices but there will be acost.

“The prospect of backyard burning cannot be ruled out. The lanes and boreens in this and many other counties are being used as tipping grounds as it is. Vermin will become common sights as people will be more brazen in taking chances to get rid of their rubbish,” he said.

“It’s been privatised for too long. For the sake of the environment and the beautiful countryside that not only Lovely Laois has to offer our tourist friends but the beauty of the Emerald Isle as a whole.

“We don’t want a country full of rubbish no more than those in power do. The right thing has to be done here and done quickly before tourists decide that they are going to visit and spend in clean countries rather than littered vermin ridden dumps

Mr Keenan is in now linking in with other groups around the county to hold discussions surrounding this topic and said that this was the first of many campaigns.