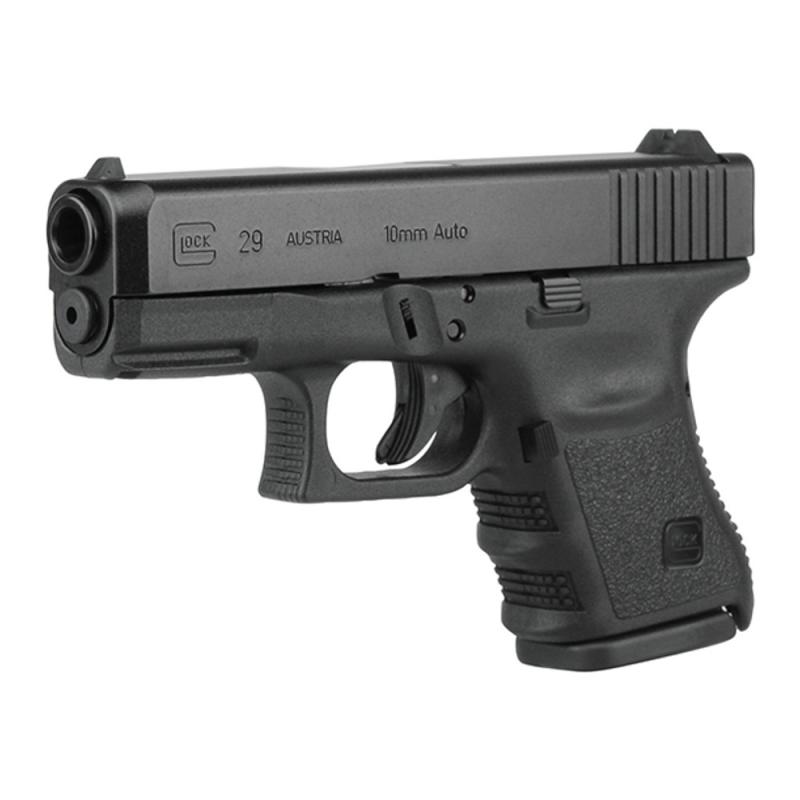 An example of a Glock handgun for illustration purpose.

A Glock handgun has been seized by Gardaí in Portlaoise part of an ongoing investigation into a robbery which occurred at a Post Office in Mountrath, Laois last week.

The robbery occurred last Tuesday, July 4, when a lone male entered the premises armed with a handgun. During the raid he proceeded to threaten a customer and the post office clerk and demanded money. The raider then fled the post office having obtained a large sum of cash understood to run into four figures.

During the raid a woman with children is understood to have been threatened and held as the cash was demanded.

Investigating Gardaí believe the raider traveled with an accomplice in a blue saloon car which was used to escape.

Investigation conducted led to the search by Gardai of a number of premises in the Laois area under warrant. In what represents a worrying development, one such search on Monday, July 7 resulted in the recovery of a Glock hand gun.

Follow up inquiries resulted in the arrest of a male in his 40’s in Portlaoise. This male was detained in Portlaoise Garda Station under Section 30 of the offences against the state act 1939 as amended. The period of detention of this prisoner was extended initially on Tuesday morning.

On Wednesday, July 7 the prisoner was taken before Judge Catherine Staines at Tullamore District Court where an application was made to have the period of detention of the prisoner further extended for a period not exceeding 24 hours.

This application was granted and the prisoner continues to be detained in Portlaoise Garda Station.

Inquiries ongoing into this investigation led to the arrest of a second male aged in his late 20’s yesterday afternoon in the Laois area. This male is currently detained in Portlaoise Garda Station under Section 30 of the offences against the state act 1939 as amended.

A vehicle has also been seized by Gardai during the investigation. The proceeds of the crime have not been recovered to date.