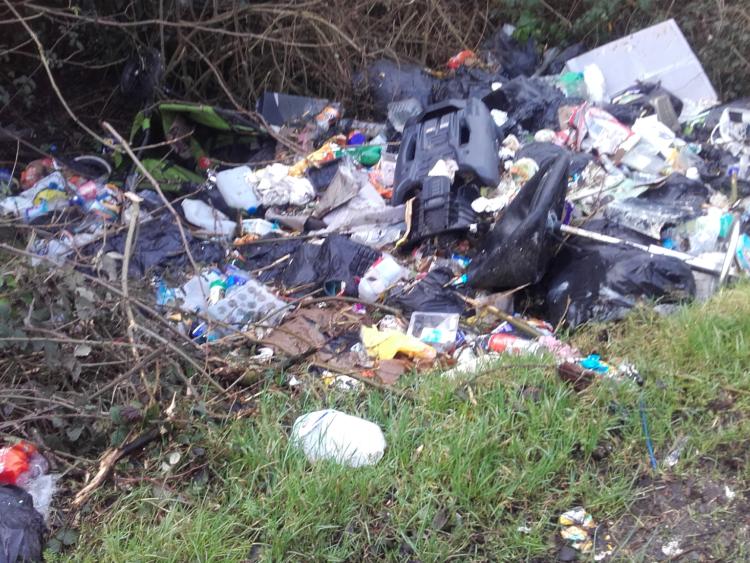 Leo Varadkar has been told that €445,000 is lost to Laois public services cleaning up illegally dumped rubbish.

Sinn Féin TD for Laois Brian Stanley revealed the cost of illegal dumping to Laois County Council to the Taoiseach when introducing a new Waste Reduction Bill in the Dáil.

Included in the Sinn Féin Bill is a provision for an increase in fines for illegal dumping which he said is putting an 'immense cost' on councils.

"Our local councils spend millions each year cleaning up illegal dumping. In Laois €445,000 is spent dealing with illegal dumping and litter and this could be better spent on other needs in the county," said the TD.

Speaking in the Dáil he hit out at late night diners.

"In car parks on a Sunday morning, in Portlaoise and other town centres, despite the best efforts of everybody, one often sees four little piles of takeaway waste where four people sitting in a car have been eating and drinking and, when they have finished, they wind down the windows and each leaves a little pile outside the car. That defies logic.

Speaking in the Dáil he said this waste of public money must end.

"The throwaway habits cannot continue. We need to deal with waste because it is having a detrimental effect on the countryside and on streets, rivers and oceans. The comprehensive Bill I am introducing seeks to deal with our ever-growing waste mountain," he said.

Sinn Féin is proposing a deposit recycling scheme and a levy on the industry to establish this system. A deposit will be applied when certain drinks containers are purchased. Under this proposal, when a drinks container is returned to the recycling unit, the deposit can then be redeemed.

The Laois TD said he attended en event in Abbeyleix to mark its involvement in Tidy Towns and to judge an EU floral competition. He said Abbeyleix is maintained to a high standard due to the great efforts of the local Tidy Towns committee, Laois County Council and the local community employment schemes, all of whom have to be commended.

"Tidy Towns committees operate across Laois and the entire country so we must try to complement their efforts. The creation of a deposit return scheme should be one element of creating a much broader outlook as regards waste management and waste reduction in our society," he said.