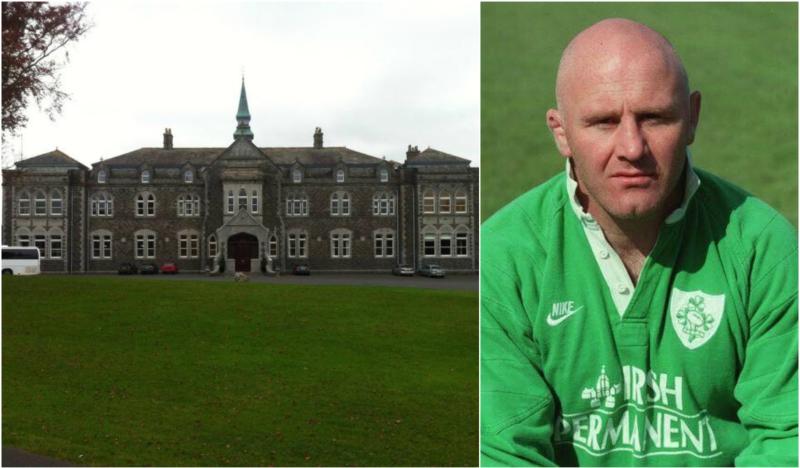 A former Irish rugby and athletics international has been recruited to a role which will be vital to the future of a boarding school which has close ties to Laois.

The Board of Management of Cistercian College Roscrea  have announced the appointment of Mr. Gary Halpin as the new Head of Boarding.

Mr Halpin wore the green jersey as an Irish rugby and athletics international in the late 1980s and early 1990s. Educated at Rockwell College, where he won four Irish Schools rugby caps, he travelled to the USA on an Athletics scholarship to the University of Manhattan, where he won the American Indoor Collegiate Championship in the Hammer, before going on to represent Ireland in the 1987 World Athletics Championship.

Upon returning to Ireland in 1989, he resumed his Rugby career, joining Dublin club Wanderers FC, making his full international debut twelve months later when lining out at tighthead prop against England at Twickenham.

He subsequently joined London Irish and was a key member of the Irish team at the World Cup in South Africa in 1995, wearing the No. 3 shirt against New Zealand, Wales and France. He scored his one and only try against the All Blacks at Ellis Park in Ireland's tournament opener.

Described as a highly experienced educator, Mr Halpin has spent 16 years in management positions in top schools in the UK. He has been appointed to this key role, to be part of the Cistercian College Roscrea Leadership Team and he will lead the Pastoral Care Management Strategy in the College.

He is expected to start later in the 2017-18 academic year. Having taught at St George's College, Weybridge before taking a break to sample professional rugby, he went on to teach and coach rugby at the Oratory School, where he was also a Housemaster. Since 2008, Mr. Halpin has been a Head of House and 1st XV Rugby coach at Saint David’s House in Christ College Brecon, a Boarding School with 400 pupils in Wales.

Chairman of the Board of Management Ronnie Culliton welcomed Mr Halpin on board.

“On behalf of the Trustees and the Board of Management, I am delighted to welcome Gary as our new Head of Boarding. In Gary we believe we have appointed someone with exemplary educational and sports experience, as well as a leader and person of the highest calibre.

"We look forward to having him and his family join us later this year to build on our work to further develop CCR as an outstanding option for parents and pupils looking for a high quality education across 7 Day, 5 Day and Day Boarding options,” he said.

Regarding the opportunity, Mr Halpin said he looks forward to joining the school.

“I’d like to thank Ronnie and the Board of Management in Cistercian College Roscrea for appointing me to the Head of Boarding role. As a former Rockwell College student, my association with CCR dates back to the mid 80s. In particular, the annual Rugby games and the Triangular Sports Athletics fixture evokes a cascade of fond memories."

"Not surprisingly I look forward to getting involved in Sport at CCR. Additionally, I’m looking forward to working with the Board, the Management team, the Staff, the Parents, the Pupils, the Monastic Community and all key stakeholders involved in the tremendous work done with the school in recent times.

"Having worked as a Housemaster for 17 years, I am confident this experience will guide me as I embark on my new role and I feel privileged to be given the opportunity of guiding the boarding community at CCR in these exciting times of new development,” he added.

The college has as strong sporting tradition particularly on the rugby field. The school has won the Leinster Schools Senior Rugby Cup in recent years with Laois lads to the fore.

Mr Halpin's recruitment comes at what is a crossroads for the school. Earlier this year the school faced closure this year due to low numbers and related finance issues.

Closure was averted after a big campaign was mounted to raise funds to keep it open.