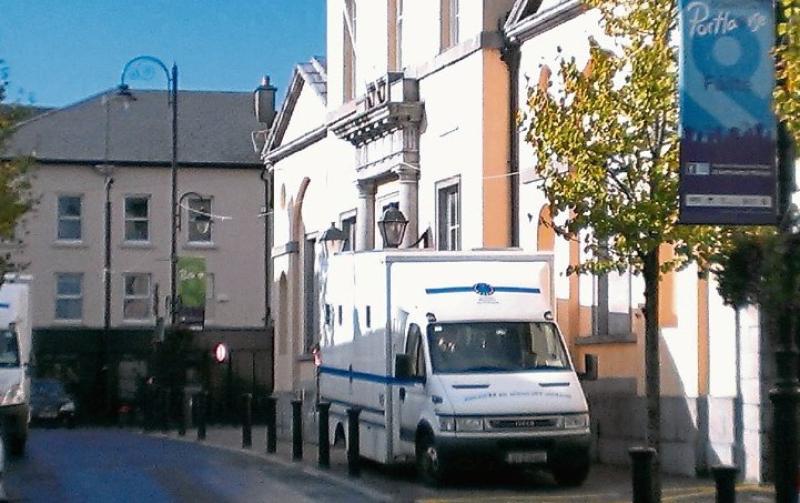 Traffic problems have arisen in Portlaoise town centre because of the location of the court on Main Street.

First class court accommodation is an important part of providing an excellent courts system, according the Portlaoise-based TD and Government Minister Charlie Flanagan.

The Minister for Justice and Equality did not refer to Portlaoise Courthouse or its shortcomings on being presented with the Courts Service Annual Report, 2016. However, the Laois TD looked forward to improvements in the courts infrastructure.

“I was a solicitor in practise in Portlaoise for many years, so I know first-hand the importance of the Courts and the Courts Service to the State and I am delighted with the significant improvements happening across the courts system.

"The Government is committed to providing for an excellent courts system. The provision of first class court accommodation and resources is an important part of achieving this goal," he said.

The court service has acknowledged the fact that the courthouse in Portlaoise is no longer fit for purpose. Its officials told Laois Fianna Fáil TD Sean Fleming recently that a site had been earmarked behind Laois County Council in Portlaoise.

However, this site is not yet accessible by road and includes large electricity pylons carrying power cables which would have to be diverted or put underground.

The existing court on Main St dates back to the 1800s. While it was expensively upgraded in the past 20 years, it is no longer deemed suitable for criminal of civil court cases. Some have also said it has damaged business on the town's Main Street.

Both the District and Circuit Courts sit in Portlaoise dealing with criminal, civial and family law cases. The building can accomodate just two sittings and has only recently had secure jail cells added.

Sometimes both court chambers ave been packed. Public order is a frequent problem.