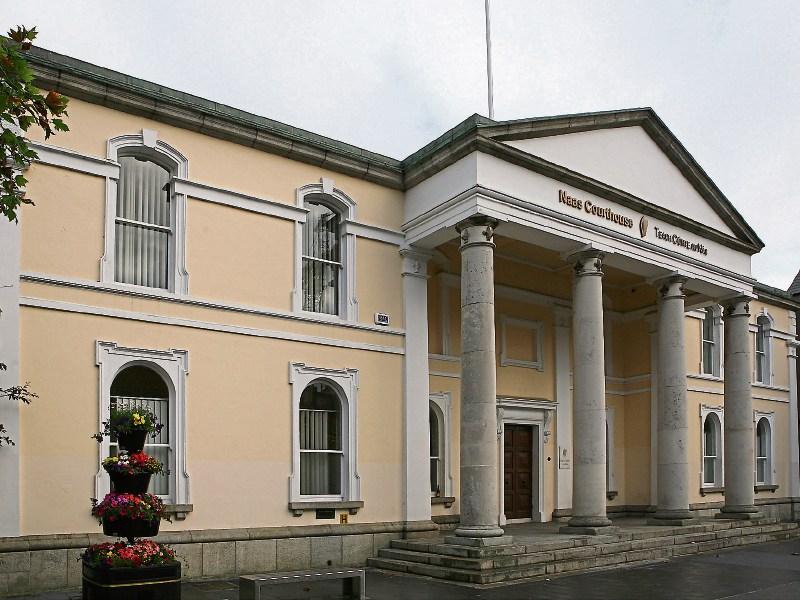 The case was heard at Naas District Court today.

A man who is suspected of involvement in a robbery in Ballybrittas, Co Laois and a number of other shops in three days has been remanded in custody after Gardai objected to bail at Naas District Court earlier today.

The public were cleared from the court when a man aged 25, who is from south county Dublin, appeared before Judge Miriam Walsh. The court heard from Gardaí that the accused has a major drug debt, and believes he can only meet that debt through robbery.

Gardaí objected to bail based on their fear that he will commit further offences, because he believes he has no alternative. They allege that he committed five similar-type robberies over the course of four days earlier this week in an attempt to raise money for the drug debt.

Sgt Diffily outlined to the court details of allegations against the defendant. He is suspected to be one of two men involved in robberies last Saturday, Monday and Tuesday, August 12, 14 and 15.

It is alleged that on August 12 he entered a shop in Newcastle village and after threatening staff, got away with €250.

Gardai allege that on August 15, at Centra in Johnstown he entered the shop, threatened staff with a lump hammer, and got away with €757.

On Tuesday, August 15, they allege that he entered a shop in Rochfortbridge, Co. Westmeath at 4.25pm, jumped the counter, threatened staff with a lump hammer and got away with €500 and six packets of cigarettes.

Later the same day, it is alleged that he entered Murphy’s Food Store in Ballybrittas, Laois and took €300 in cash.

At 9.11pm the same evening, it is alleged that he entered Jordan’s Centra in Caragh and, once again brandishing a lump hammer, he ran in from the back and got away with €1,847.

At various points, Sgt Diffily alleged, he, and an accomplice were caught on CCTV brandishing the lump hammer with a red and white handle, using the same car, a Honda Accord with the registration 05 WD 2888, and wearing the same clothing.

It is also alleged that they wore balaclavas during some of incidents and in some their faces were visible.

It is alleged that Gardai found an electronic tablet device with a text message discussion about robbing a shop on it.

Sgt Diffily expressed the view that the fact that the defendant allegedly used the same car, clothes and lump hammer in a sudden spate of robberies suggests “a total lack of clarity of thought.

“He is not acting a rational manner,” the Sargent suggested to the court.

He described the events as a “sudden escalation” in criminal activity. He said that in interviews, the defendant had told Gardai that the drug debt was €2,000, although Gardai suspected it could be far more.

For this reason, he believed the defendant was likely, as a result of the drug debt, to continue to commit alleged robberies to meet that debt. He added that the man’s mother had been approached at her home by people looking for money.

Representing the defendant, Cairbre Finan suggested that if the issue with threats to the man’s family could be dealt with, would the Gardai be happy to see the man get bail?

But Sgt Diffily doubted that this could be achieved, remarking “I don’t think that drug dealers are honourable people.”

He told the court that the defendant has a serious cocaine habit, going through at least €600 worth a week. “We believe he’s buying it on tick, not paying for it, and it built up.”

The man is a 25 year old mechanic. He has been in full time employment since his mid teens and has recently gone out on his own.

Judge Walsh refused bail. She directed that the defendant get the benefit addiction services while in custody. She also indicated that he not be named.

A second man, a male aged 22, also from Dublin was brought to a seperate court last week.