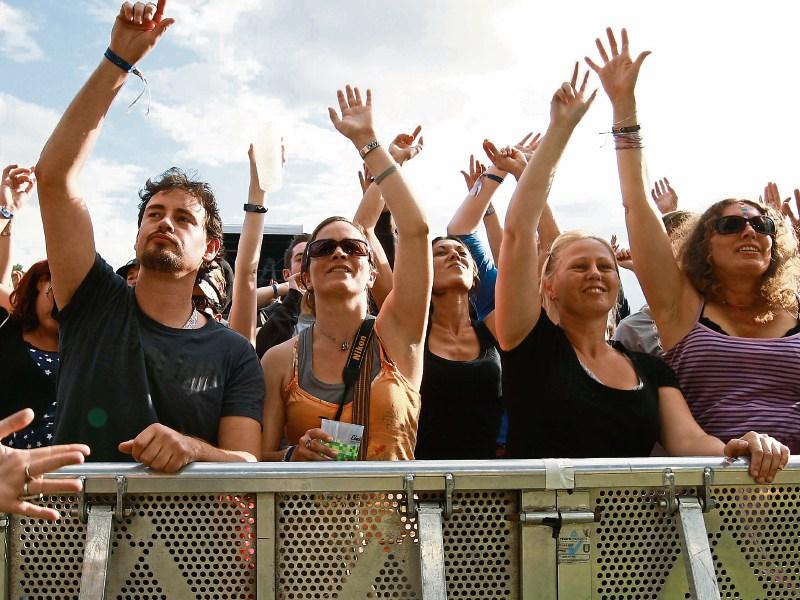 With tickets for this year’s Electric Picnic selling in minutes after they were released back in March, the grounds of Stradbally Hall will be thronged with some of the largest crowds ever for the three-day music festival this weekend.

Locals will have to be aware of possible road closures and traffic diversions, as music fans and festival aficionados from across the land descend en masse on the county from this Friday, September 1, to Sunday, September 3.

This promises to be the biggest Picnic yet, headlined by London dream-pop trio The XX, Duran Duran, Pete Tong and hip-hop ensemble A Tribe Called Quest, with funk Queen Chaka Khan also confirmed.

Last year the numbers were in the region of 55,000 over the three days, and this year is expected to match that, with all bringing a welcome boost to the local hostelry, hotel and tourism sectors.

The prospect of good weather promised this weekend should please all those lucky enough to have secured tickets, with Accuweather.com and Weather.com predicting temperatures will lie in the region of 22 - 23 degrees.

The sunshine is expected to last all weekend, apart from a light shower forecasted for Sunday midnight.

The lineup of international acts on this year’s spread is a who’s who of some of the top musical talents working today, including The XX, London Grammar, The Divine Comedy, Pete Tong, A Tribe Called Quest, Phoenix, Run the Jewels, Madness, The Strypes, Duran Duran, Elbow, The Pretenders, and the Dublin Gospel Choir.

Audiences can also catch up with some of the biggest stand-up comedians in the world at the comedy stage, including Bill Bailey, and Other Voices will return to the heart of the woods with an eclectic line up, celebrating the diversity of Irish talent alongside international artists.

The Body & Soul village is back for its 14th year, boasting its trademark line up of trailblazing musician and, soothing therapies.