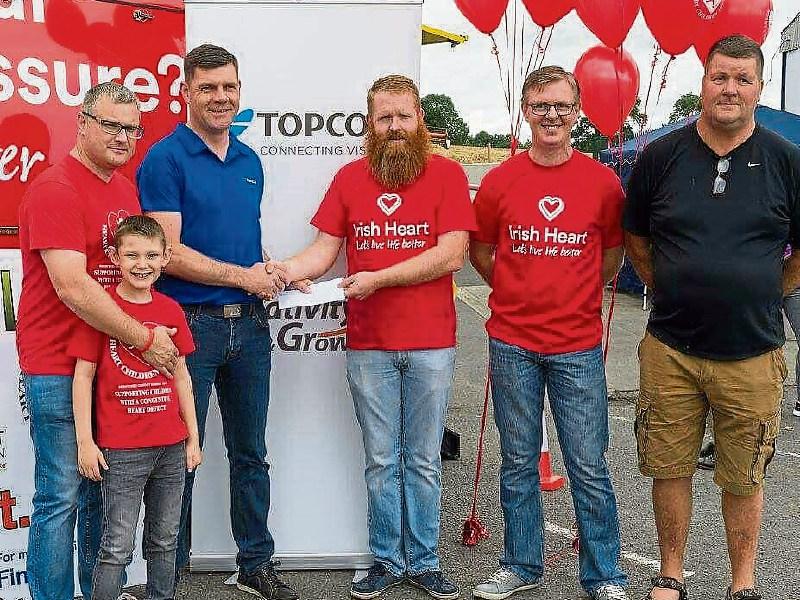 A Laois publican who has cycled his way back to health is planning a 120km fundraising cycle in October for Courtwood GAA club and two heart charities.

Alan O’Halloran planned a solo challenge but a wave of local support now has 29 more cyclists on board, including Laois GAA players Niall Donoher, Claire O’Connell and referee Eddie Kinsella.

The B2B Cycle For Life will set off on the morning of October 23, from Alan’s holiday home in Blackwater, Wexford, to arrive back in Ballybrittas the same day.

Alan, 55, who runs the Final Furlong pub in Ballybrittas, was diagnosed with heart conditions called atrial fibrillation and cardiomyopathy in 2010.

Known as ‘Big Al’, his weight was a partial cause, along with a virus that caused his heart to flutter.

“My heart muscle had slowed to the point that any slower and I would have needed a transplant. Medications helped the fibrillation but it was a question of losing weight,” he said.

“ I was very active until I was 40, but then I stopped playing sport and the bar business is not conducive to a sporting life,” Alan told the Leinster Express.

He began walking and lost two stone, but his weight loss stalled despite walking 10 miles a day.

A friend suggested he take up cycling last October.

At first Alan could only cycle as far as the Montague hotel and then walk up the hill, but he kept at it.

Now he has lost four and a half stone and is a keen cycler, doing 50km every other day.

I have pucks of energy now, but I still feel it sometimes, I get out of breath, and I am still on medication for life,” said Alan.

As a thanks to the Irish Heart Foundation for their support for him, his wife Trisha and son Mark, Alan decided to do his cycle.

He is stunned at how it has mushroomed to a big event, with a fundraising target now set at €30,000.

Of that, 75 percent will go to Courtwood GAA’s ongoing redevelopment of their facilities.

The remainder will be split between the Irish Heart Foundation, and Heart Children Ireland, whose ambassador is seven year old Michael Wilson, a pupil at Rath NS.

“I didn’t think it would spiral out of control. It is unbelievable how people have taken it on board. If we can raise half that I’ll be hugely happy,” Alan said.

Most of the cyclists are new to the sport he said.

“I suppose they thought if I can do it, they would give it a shot,” Alan said.

He hopes to make the event an official annual cycling sportive, and vows “onwards and up for next year”.

Among the cyclists is Eddie’s father Mick Kinsella, 75, a strong cycler who vows to help newbie cyclists at the back of the pack by physically hauling them on by their handlebars.

Each team is fundraising separately, and with generous corporate sponsorship, they have already raised a total of €10,000.

Eddie’s Referee VOver 40’s match went down a storm last week, while Claire O’Connell is holding a Ladies Night in the Fisherman’s Inn on September 8.

Committee member Damian Behan says the support is down to their respect of Alan’s achievement.

“It is a complete transformation of the man, it is quite extraordinary, he is absolutely flying and he has brought a good few people along with him,” he said.

The event is not a race.

“The only competitive side is in the fundraising, on the day they will become one, with the aim to all get home safe,” Damian explained.

See Courtwood GAA on facebook for each team’s GoFundMe pages, or support the event on sponsorship cards in Ballybrittas shops and in the Final Furlong pub.