Protest in the works at Port school site 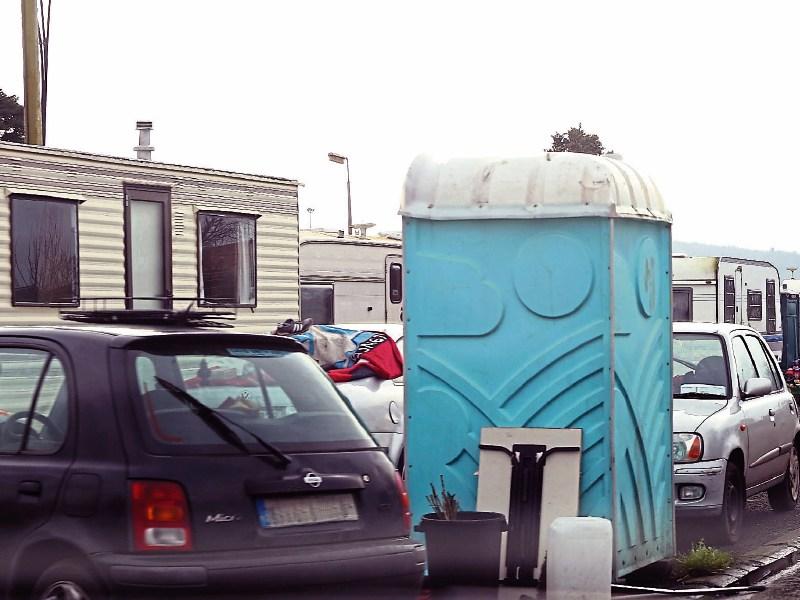 A public protest is in the works in Portarlington over a delay to the building of an urgently needed new boys school in the town.

Parental anger is building over the continued used of land near the proposed site as a temporary halting site.

The location of caravans accross the road from the site of a new Scoil Padraig BNS on the Canal Road is claimed to be delaying the Department of Education from moving to tender stage with the build.

Funds are approved for the site and planning permission is in place.

Caravans have been parked at the front of the Arlington factory for the past two years. The factory land is controlled by NAMA.

However, Cllr Aidan Mullins claimed to the Leinster Express that the site of the school is owned by Laois County Council.

The Sinn Féin councillor claimed he has learned that the Deparment will not given the green light because of the situation.

Cllr Mullins said there is legislation in place for all temporary housing to be moved on, but the powers that be appear to be reluctant to take action.

He said the Gardaí appear to be hamstrung by a precedent set in Co Louth where carvavans were moved along but this led to a housing issue.

He also said the council may be obliged to house the occupants of the carvavans if it forces the issue. The problem faced is that there is a shortage of social housing in Laois. He proposed that Laois County Council locate a halting site as a solution. He urged the council's management to take a stronger line.

“The council is too soft in this area. There has to be more enforcement of the laws,” he said.

Cllr Mullins said it was “scandalous” that the situation is holding up the tender process to invite builders to bid for the contract.

Cllr Mullins said he was aware that public anger is growing in Portarlington and some parents are considering mounting a picket at the halting site to force some action.

In a statement Laois County Council said it was instrumental in securing the lands for this development from NAMA on behalf of Portarlington parish.

It confirmed that planning permission has recently been granted for the new boy’s primary school at this location.

“Laois County Council has sought legal advice in relation to the unauthorised developments at this location and will take the actions necessary upon receipt of this advice,” it said.

When built, the new school will be made up of one three-storey building with 24 classrooms. It will have two-class special needs unit, a hall, support for teaching spaces and ancillary accommodation. Part of the existing Scoil Padraig cannot be used, so the school is split between two sites on Patrick Street on the Offaly side of town.