Batten down the hatches for a stormy weekend warns Met Éireann 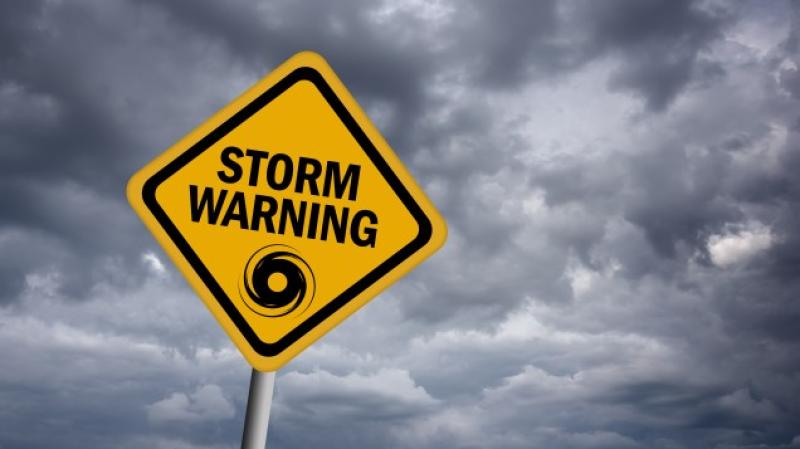 Batten down the hatches, it's going to be a stormy weekend warns Met Éireann.

The national weather forecaster has already issued a Status Yellow weather warning for some very strong west, veering northwest winds to hit the west coast over the weekend.

Western and southwestern coastal counties are set to be worst affected later Sunday, overnight and into Monday morning with mean speeds of 55 to 65km/h gusts of 90 to 110km/h.

The winds will be strongest in the exposed hilly and coastal areas with very high seas along the coasts during this period also.

The warning was issued by Met Éireann on Friday, September 8. It is valid from Sunday 10 September 6pm to Monday 11 September 9am.

The forecast for Saturday is for cool, bright and blustery conditions, with sunny spells and showers. The showers will become widespread for a time in the morning and some may well be heavy, but they will tend to die away, especially in western and northern areas in the late afternoon and in most places in the evening.

The blustery northwesterly winds will gradually ease off. Highest temperatures of 15 to 17 degrees Celsius.

The severe winds will abate on Monday morning, but it will stay windy and showery for much of the day, though good dry periods will develop in the South and Southeast with some sunshine. Some of the showers will be prolonged in the North. Highest temperatures will range 14 to 16 degrees and the strong and gusty Northwest winds will ease later in the day.

Monday night looks mainly dry and cool, but an area of low pressure bringing heavy rain looks set to spread in from the Atlantic on Tuesday bringing the risk of strong winds to parts of the country.

Followed on Wednesday by cooler conditions with further spells of rain or showers.