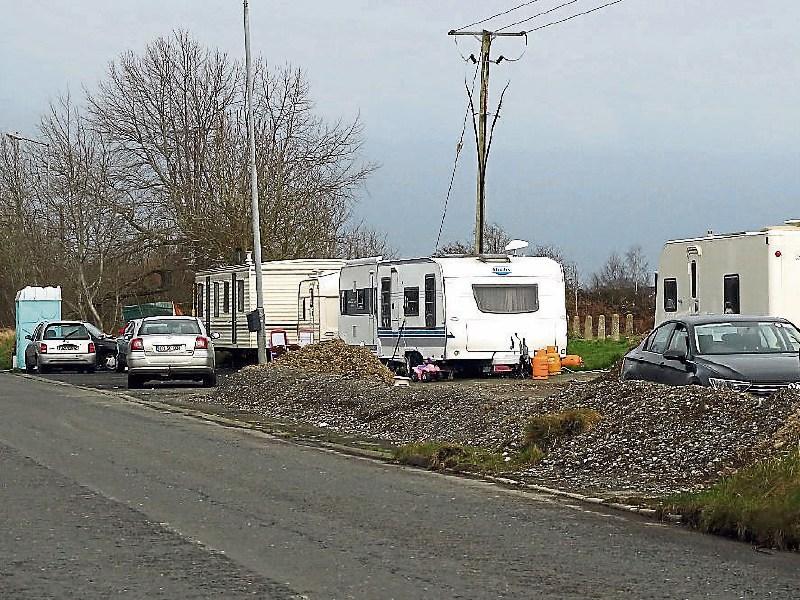 Parents in Portarlington have said work has started on inviting builders to bid for the contract to build an urgently needed new school for the town.

The St Patrick's Boys National School Parents Council have also claimed that Laois County Council is to take legal action to remove a halting site near the site earmarked for the school.

“We are delighted to announce, despite rumours to the contrary, that the Department of Education has in fact commenced the tendering process on 21st of August last.

“We have also been informed that Laois County Council are currently seeking legal advice in relation to other ongoing matters at the site, which may impact on the progress of the development, when the tendering process is complete,” said a statement issued.

Cllr Aidan Mullins originally raised the concerns, but he backed the update given by the parents council.

He had warned that a public protest was brewing over the halting site. He warned that it could hold up the buiding of the school.

He understands that the council will take action under unauthorised development legislation to have the temporary dwellings removed from the site on the Canal Road.

The halting site is located outside land which was the former location of the Avon Arlington factory.

In a statement the Laois TD and Goverment Minister, Charlie Flanagan said he met at the site of the new school in Portarlington with Pat Galvin School Principal of St Patrick’s BNS

“Since this meeting, I have received confirmation from Richard Bruton, Minister for Education and Skills that the tender process for this school is currently in progress. The invitation to tender was issued by the Department of Education on 21 August 2017 and the tenders are due back 2 October 2017. Following the completion of this process the project will then proceed to construction,” he said.

Concluding Minister Flanagan said that for too long students and teachers in St Patrick’s BNS have operated out of less than ideal conditions.

“I will continue to work with the Department of Education and Laois County Council to ensure this project is progressed without delay,” said the Minister for Justice.

The Department of Eduction confirmed to the Leinster Express that the tender for St Patricks NS in Portarlington is currently out to tender.

When built, the new school will be made up of one three-storey building with 24 classrooms. It will have two-class special needs unit, a hall, support for teaching spaces and ancillary accommodation. Part of the existing Scoil Padraig cannot be used, so the school is split between two sites on Patrick Street on the Offaly side of town.