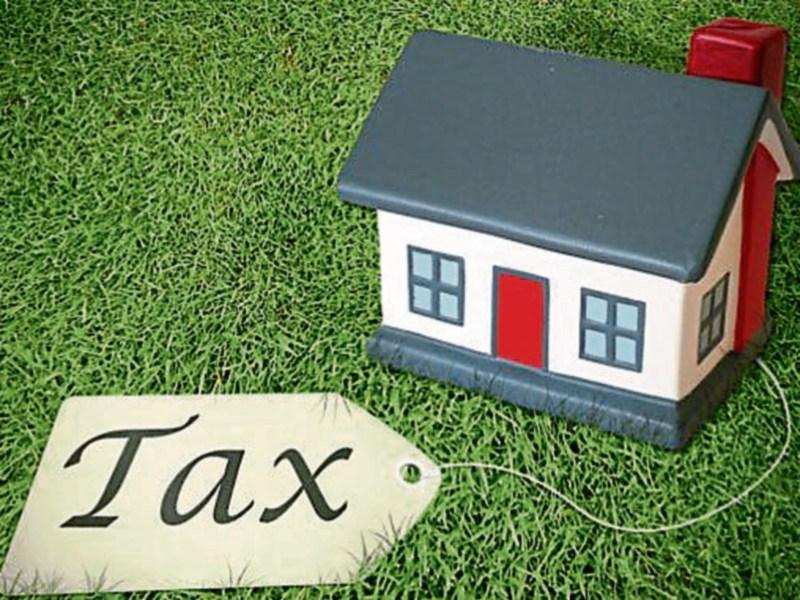 Laois homeowners will pay an extra 10 percent in Local Property Tax from 2018, after councillors vote for the increase

A big chunk of Local Property Tax (LPT) due to Laois County Council could not be paid because of hardship, insolvency, death and other reasons.

The figures were supplied to Kildare TD Catherine Murphy by the Minister for Finance Paschal Donohoe. He said Part 12 of the Finance (Local Property Tax) Act 2012 (as amended) provides for a deferral or partial deferral (50%) of LPT where certain specified circumstances exist.

These circumstances include ‘Income Level’, ‘Hardship’, ‘Personal Insolvency’ and ‘Personal Representative of a Deceased Person’.

Once granted, a deferral normally remains in place for the duration of the ‘Valuation Period’, which is currently 1 May 2013 to 31 October 2019. Where a deferral is in place, the outstanding liability automatically attaches as a charge on the property and must be paid before a sale or transfer can be completed. Interest is also charged on the deferred amount at a rate of 4% per annum.

He said there are currently 62,500 properties with LPT deferrals in place nationally, most of which are in respect of the entire ‘Valuation Period’ (2013-2019). The following table sets out the value of the deferrals broken down by Local Authority. The total accumulated interest to date is €5m of which €2.6m relates to the years 2015, 2016 and 2017. 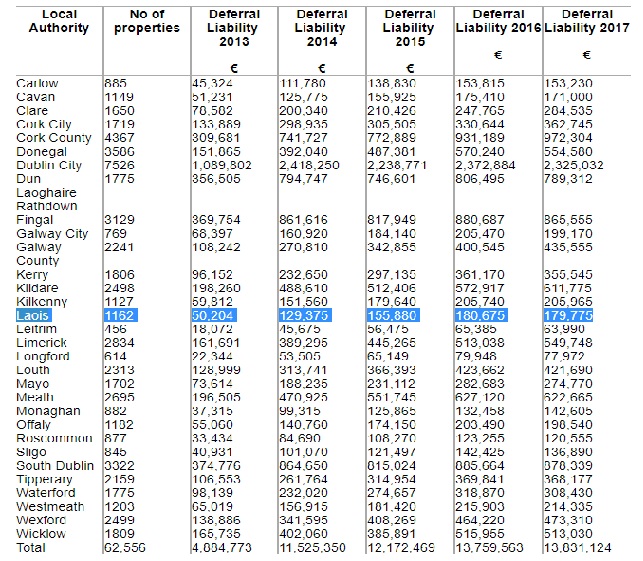