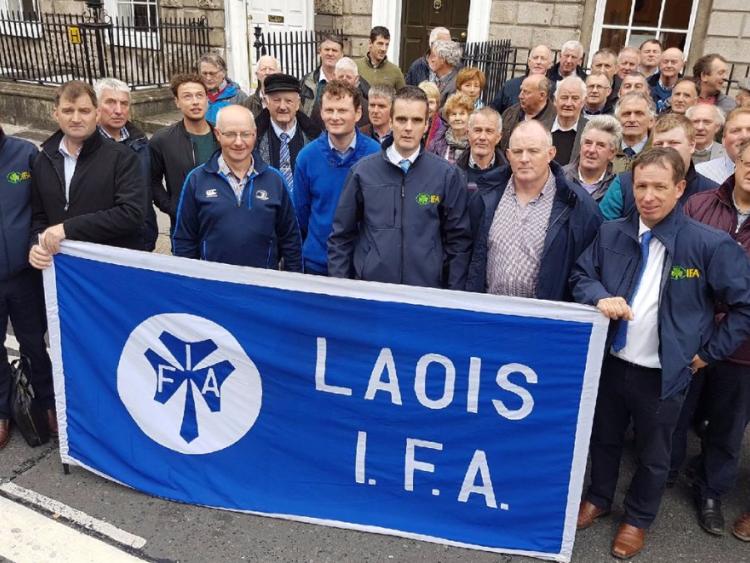 Hundreds of farmers from across the country protested outside the EU Commission offices in Dublin on Wednesday, October 4.

Members of the Irish Farmers Association were protesting against the EU Commission’s proposal to offer Brazil, and other South American countries, further access to the EU market for beef and poultry as part of the Mercosur trade negotiations.

The IFA has said that no offers should be made at this time with the uncertainty surrounding farmer's futures because of Brexit.

Laois farmers had a strong presence at the protest to make sure that their voices were heard with over 40 members making their way to Dublin.

Just over one month ago, a national IFA protest was held in Portlaoise to protest the price of milk in Dunnes Stores and Aldi. Watch a video from that protest here.