Laois soldiers caught up in homecoming delay from Syria 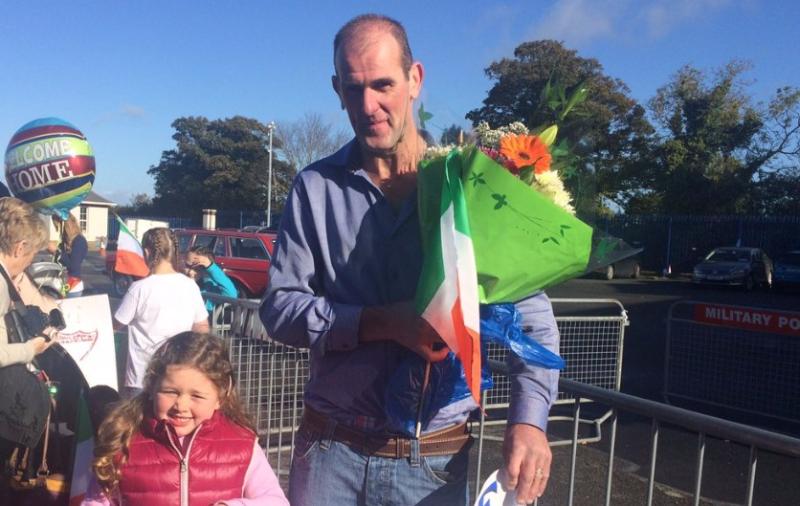 Padraic Cuddy from Laois and his daughter waiting for mammy, Denise Doyle, to come home at Baldonnel Aerodrome following a six month deployment to the Golan Heights. Picture by Stephanie Grogan.

Two Laois soldiers were among 130 troops who were due to arrive home to Irish soil on Wednesday, October 4 after doing their line of duty in Syria for six months.

A local family has contacted the Leinster Express to share the experience the soldiers endured on their journey home which went on over four days, a day later than expected.

One family member has said that the soldiers left their base on Monday, October 2 at 3:30am but due to a faulty aircraft and a missed flight they returned home on Thursday, October 5.

During the days in between, families were upset with the delay on the 5,000km journey and did not know what was causing it or if their family members were okay.

A homecoming party had to be cancelled with many disappointed children and families. 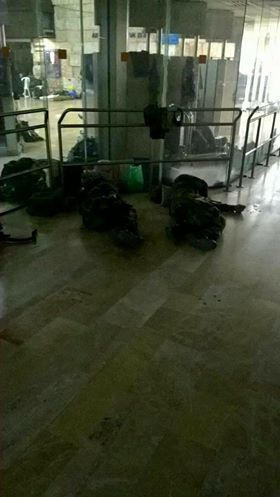 Picture of soldiers asleep on the floor at the airport during delays.

A family member of one of the Laois soldiers shared their story.

"They left their base at 3.30am on Monday. The majority of the recruits are based in The Curragh but there were other bases with them.

"When they arrived on the plane for the flight to Dublin the aircraft had a fault on it. The ground control crew tried to fix the issue as far as I know the aircraft was not fit to fly then. They were then changed to a different aircraft but they missed the flying slot. They were then taken off the aircraft and left in an airport hanger for the night not knowing when they would be getting home.

"They were only given 60 bottles of water to share and they all got three slices of pizza each. They were supposed to be arriving into Baldonnel, Dublin where parents, wives, husbands and children along with other family members were meeting them where a get together was arranged for them for when they arrived home but that all had to be cancelled.

"As far as I know they were getting a flight at 7am on Thursday morning. Hopefully they got the flight and arrived home safely. My brother was one of the recruits out doing his line of duty and he has four kids that were very excited to go and see their daddy after six months.

"Everyone was upset with what happened to them and didn't know what was going on. It goes to show that the Minister for Defence didn't do anything or help with the situation that happened," the family member said.

At 3pm on Thursday, families received word that the flight had landed safely and the emotional scenes unfolded at Baldonnel Aerodrome in Dublin.

A different family from Laois is pictured below. 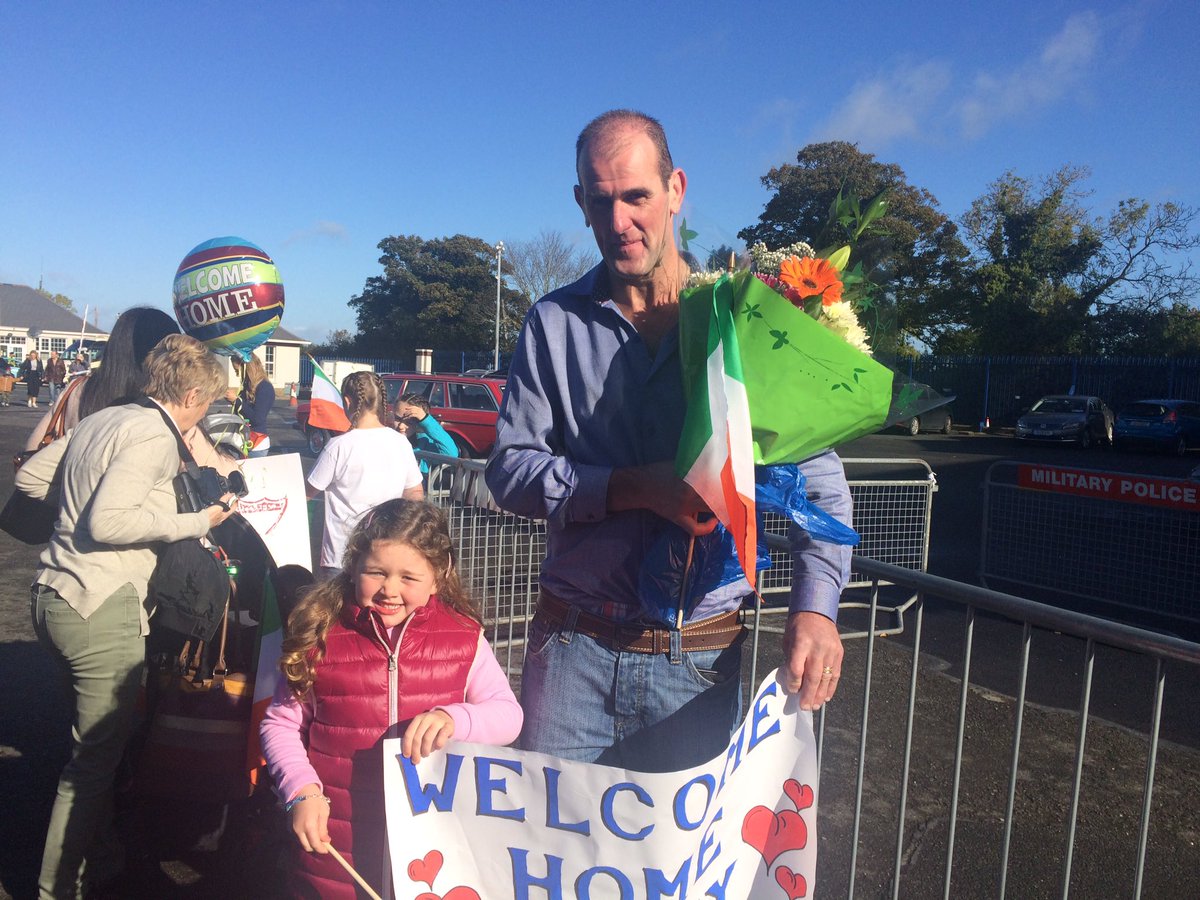 Padraic Cuddy from Laois and his daughter waiting for mammy, Denise Doyle, to come home at Baldonnel Aerodrome following a six month deployment to the Golan Heights. Picture by Stephanie Grogan (@StephGrogan3 on Twitter). 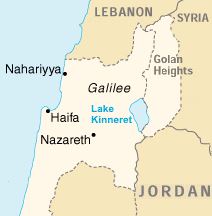 This map shows the position of the Golan Heights where the Irish troops spent the last six months. It is located between Syria and Lebanon and is also connected to Jordan.