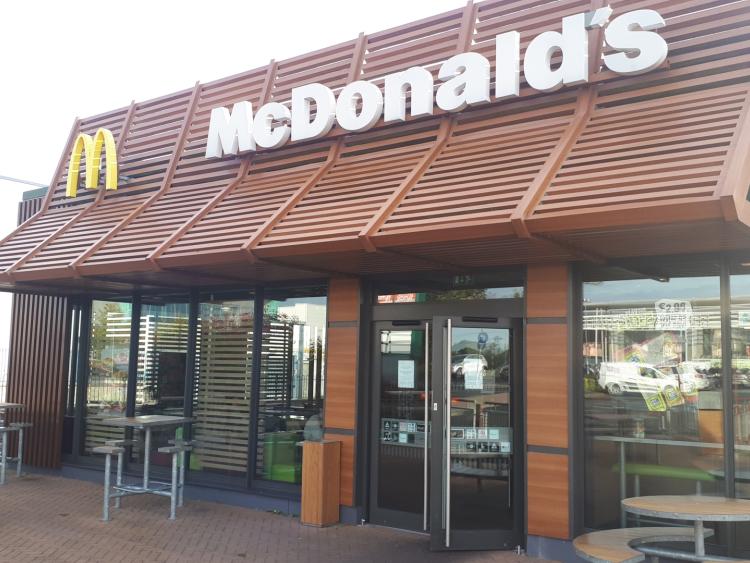 McDonald's restaurant in the Kyle Centre in Portlaoise has announced a big change that is going to cause some short term pain to loyal customers.

The popular fast food restaurant and drive through has erected signs on windows, announcing its temporary closure from this Sunday October 8 at 8pm.

The closure is to facilitate a major renovation, similar to that in the Newbridge restaurant, where iPads are on tables for children to play with.

The restaurant will reopen on Thursday November 2.

"It will be similar to Newbridge, kiosks and iPads for kids and a beverage stand, and all the interior will change as well, every thing will be brand new," she said.

In the meantime the public is spoilt for choice with plenty of other recently opened fast food restaurants in Portlaoise, from Eddie Rockets to the healthy Freshii raw food restaurant in the Midway.

"Hopefully they will go to our restaurants in Tullamore or Roscrea but we'll just have to wait for the new changes," Ms Dreimane said.

McDonald's in Portlaoise opened in 2008, owned by franchisee Brenda O'Loughlin. See the sign below: 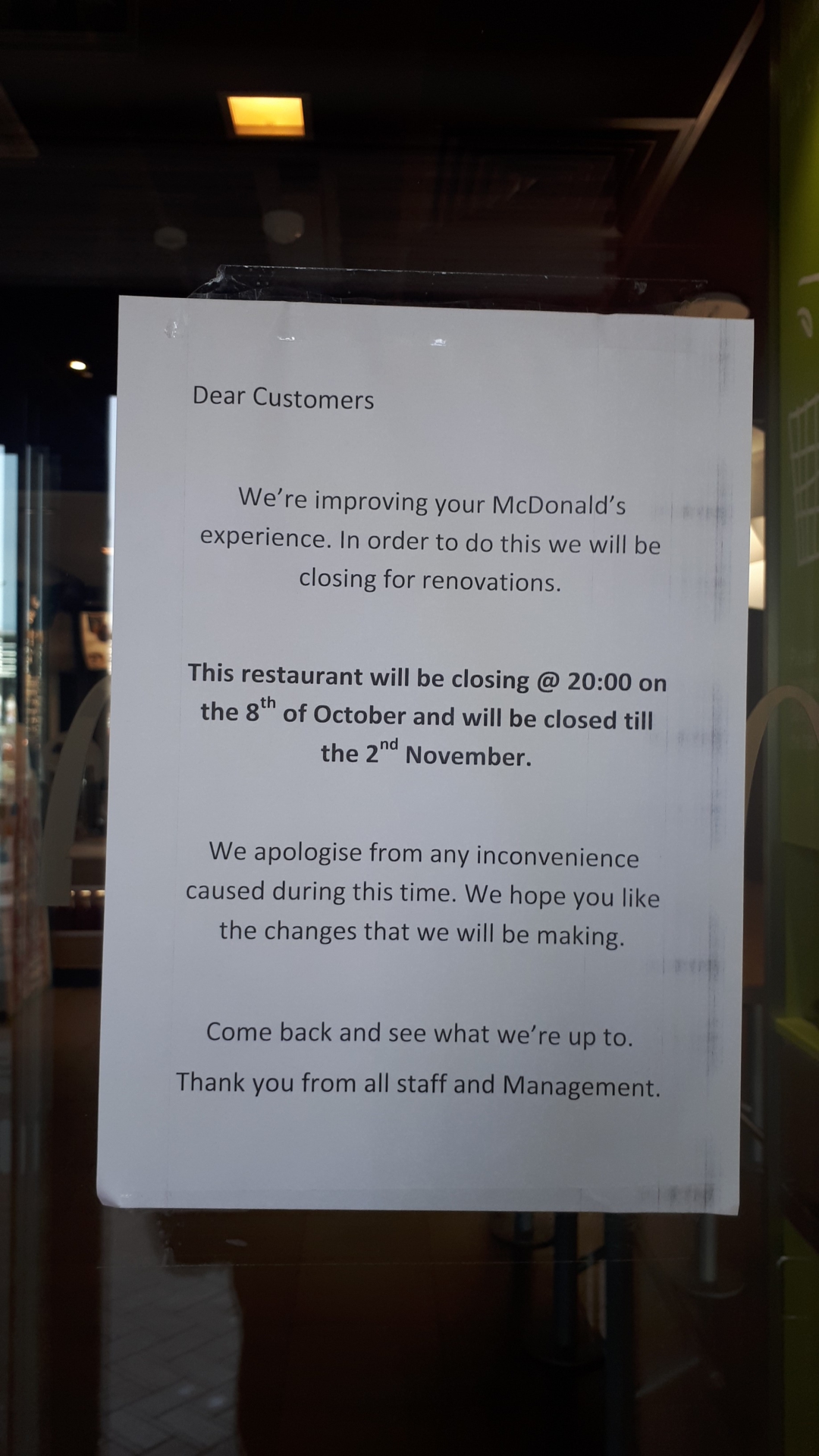