Irish Traveller and Catholic population in Laois is on the increase

Laois highlights from from Census 16 Irish Travellers, Ethnicity and Religion 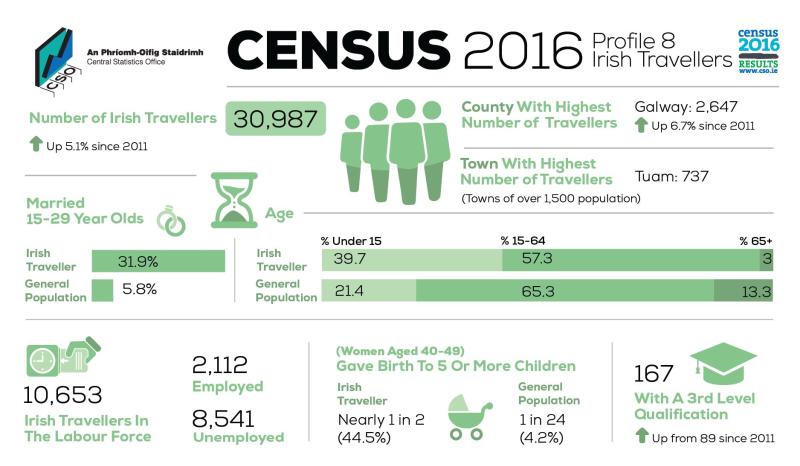 The number of Travellers living in Laois has risen while the county has bucked the national trend of decline in Catholicism, according to latest figures from Census 2016.

The Central Statistics Office (CSO) today (Thursday 12 October) publishes Census 2016 Profile 8 Irish Travellers, Ethnicity and Religion. The figures also reveal that neighbouring Offaly has the highest percentage of Catholics in Ireland. Another midland county has the lowest percentage of people with no religion. 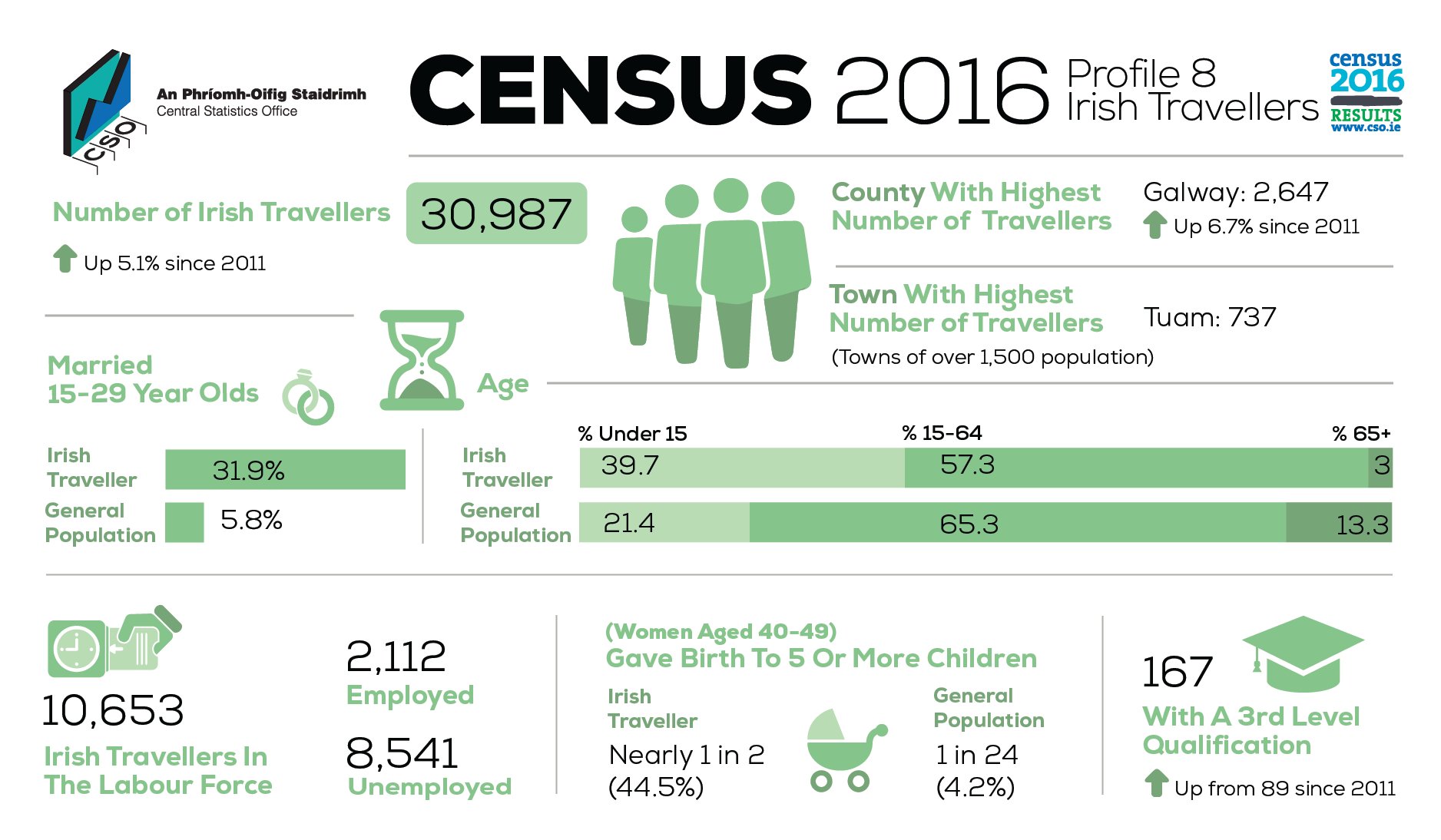 Those with “Black or Black Irish (African/any other Black background)” comprised 1,634 persons (1.9%) while 1,191 persons (1.4%) indicated an “Asian or Asian Irish (Chinese/any other Asian background)”.

Catholicism remains the predominant religion, accounting for 82.5% (69,877) of Laois’s population in April 2016. This was a slight increase on the 69,422 persons five years previously. The average age of Catholics in the county was 36.0 years, compared with the county’s overall average age of 35.6 years. 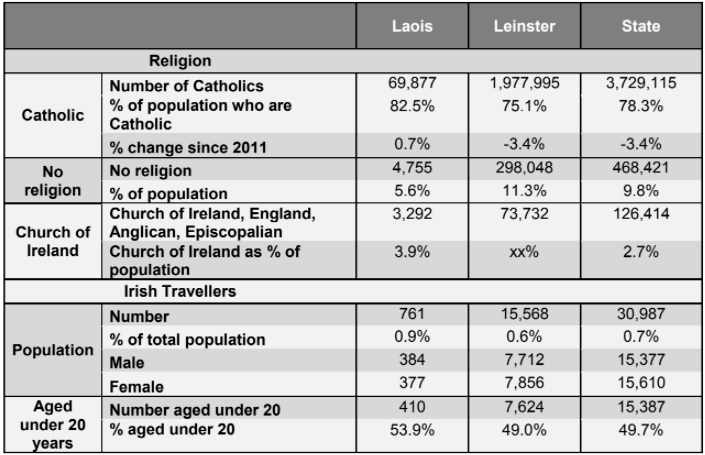 Above summary of some of the headline results from Census 2016 for Co Laois, together with comparisons for Leinster and the State as a whole are attached for information.

Nationally the report shows that the number of Irish Travellers stood at 30,987, representing 0.7% of the general population in April 2016.

The report also details how both  the proportion and total number of Catholics have fallen nationally since 2011, with Catholics comprising 78.3% of the population in April 2016, down from 84.2% in 2011, while the number of people with no religion
(including atheists and agnostics) increased by 73.6% to stand at 481,388 in 2016.

Deirdre Cullen, Senior Statistician, commented: “This report, the eighth of eleven thematic reports of Census 2016 results, provides further insight into the demographic structure of our population, this time looking at religion, ethnicity and Irish Travellers.

"These themes are examined by age, social class, and household composition. As always all of this information is available on www.cso.ie, where users can also access detailed data for their own area.” 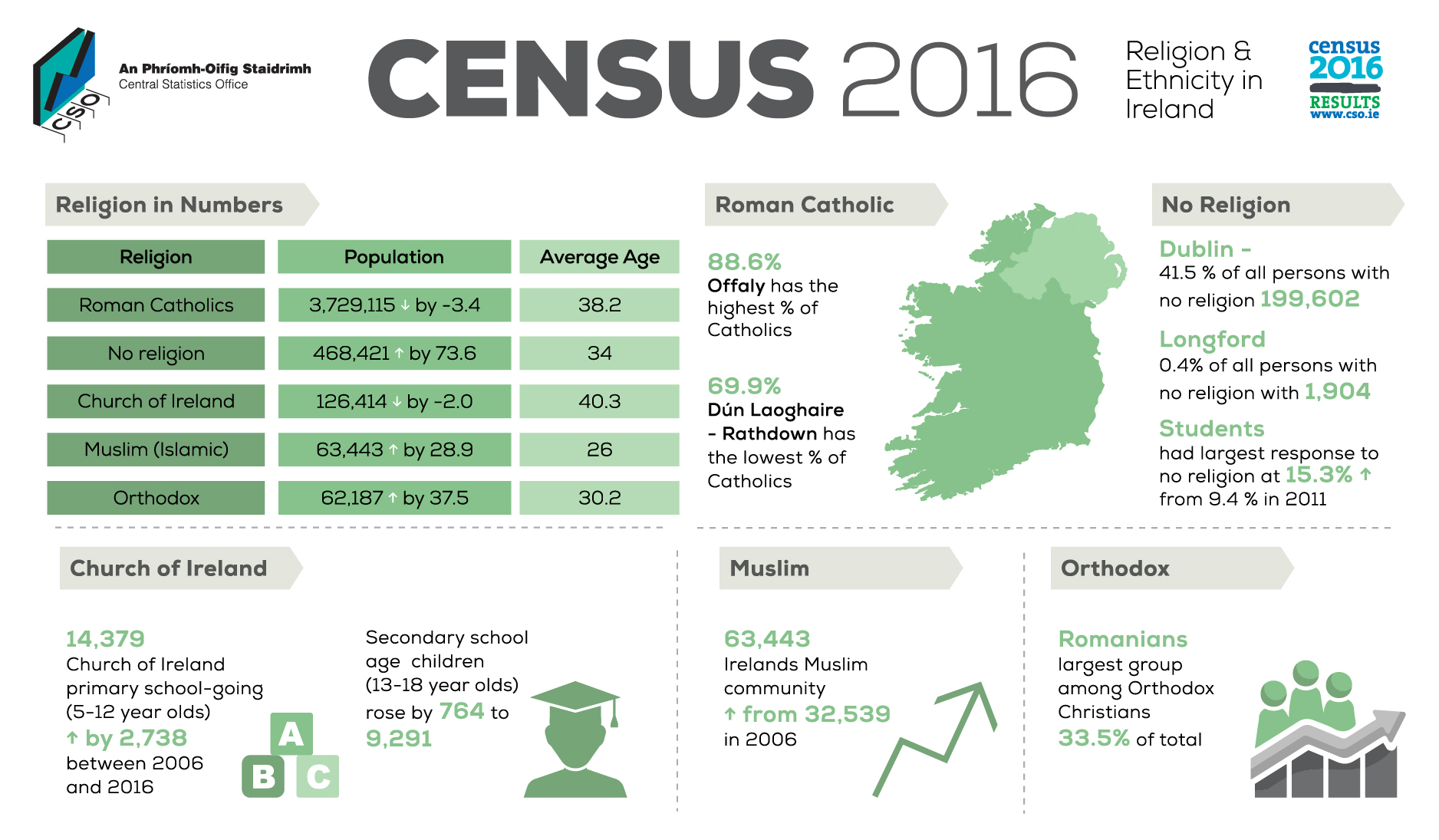 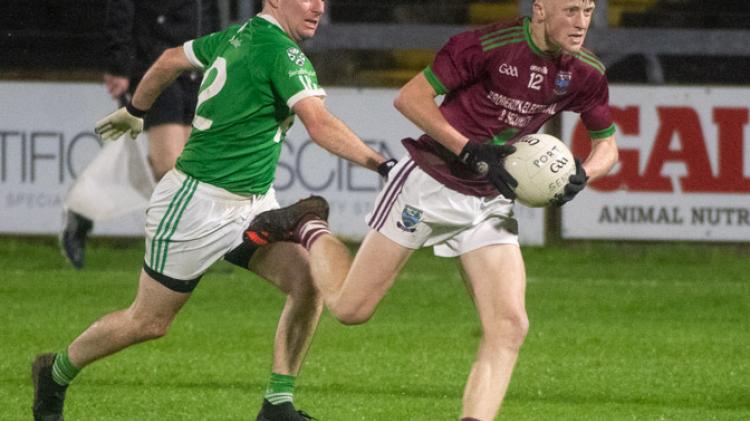