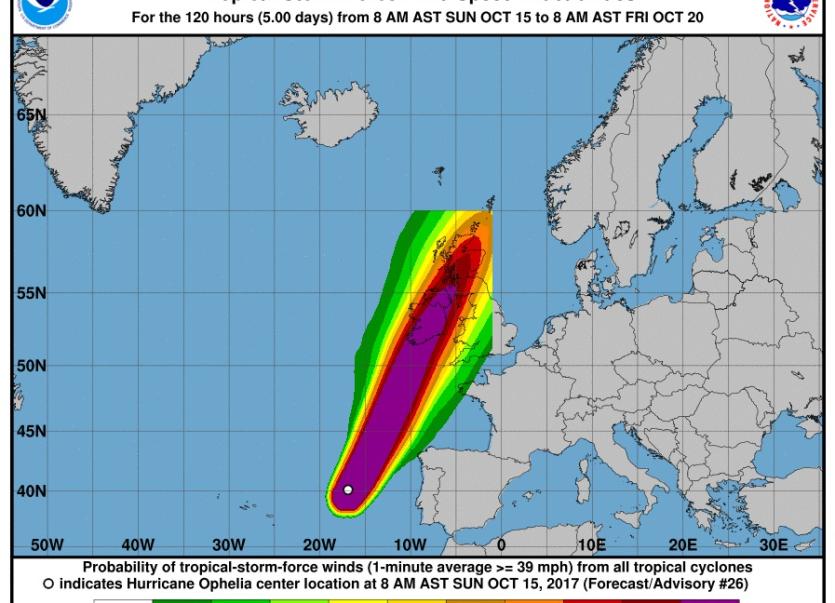 Met Éireann has raised its Status Red warning because of the risk to life and the Department of Education has ordered all schools to close as Hurricane Ophelia is set to strike.

The State forecaster has announced that Ex-Hurricane Ophelia is forecast to track directly over Ireland during daytime Monday.

It says violent and destructive gusts are forecast with all areas at risk and in particular the southwest and south in the morning, and eastern counties in the afternoon. Also heavy rain and storm surges along some coasts will result in flooding.

"There is potential risk to lives".

In response to the imminent Storm Ophelia, the Department of Education and Skills is now publicly informing all schools, colleges and other education institutions that they are to remain closed tomorrow, Monday 16 October.

This decision has been made following discussions with members of the Government Task Force on Emergency Planning and in light of the advice from Met Éireann on this unprecedented storm.

"All schools and colleges will be closed tomorrow."

Much more on Ophelia at www.leinsterexpress.ie