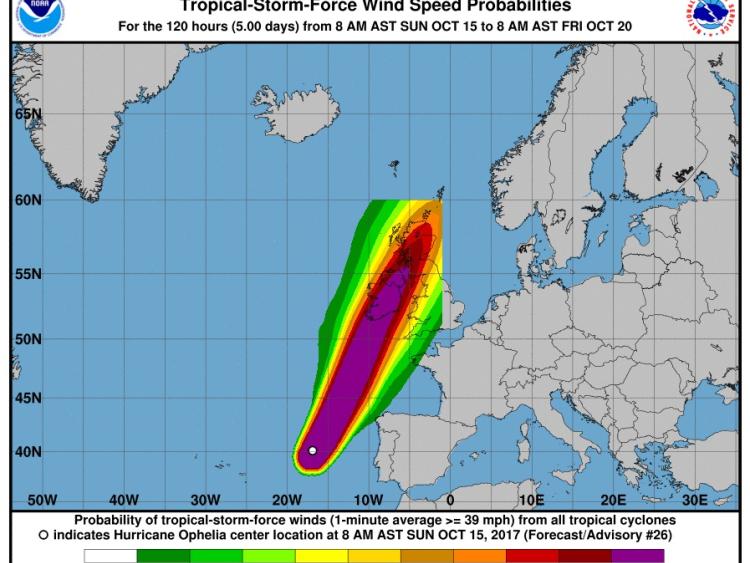 Ireland is set to come to a standstill tomorrow as floods, power cuts, tree falls, structural damage and possible deaths are just some of the outcomes on the cards as Hurricane Ophelia makes a direct hit Ireland.

Hurricane force 12 winds - the strongest on record has forced Met Éireann to raise its weather warning status to its highest RED LEVEL FOR to all counties.

Met Éireann say the issuing of a RED level severe weather warnings should be a comparatively rare event and implies that people take action to protect themselves and/or their properties; this could be by moving their families out of the danger zone temporarily; by staying indoors; or by other specific actions aimed at mitigating the effects of the weather conditions.

Raising the warning to red was the safest step said Met Éireann.

"This was the safest bet," says Joanne Donnelly of Met Éireann. "This is an extremely unprecedented event. We have no experience to back us up on this at all."

She said the name of the Hurricane will change to ex Hurricane but its hurricane force winds will not abate.

"Our real concern at the moment is to life and limb," she said.

Seán Hogan, Chairman of the National Emergency Committee, urged people not to venture out.

"Do not be out tomorrow in this storm," he said this evening.

The following are the criteria for the a Red Warning