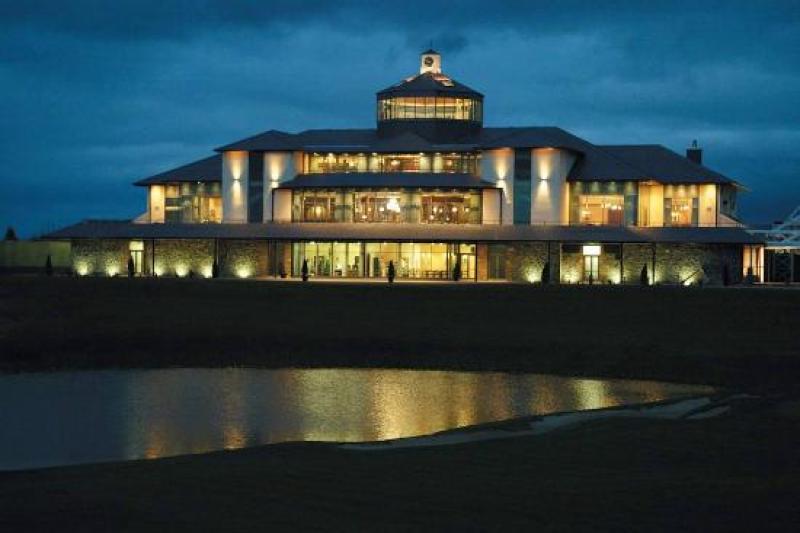 The Killenard Golf Club in Laois

Homeowners who bought houses in five housing estates built as part of a Celtic Tiger luxury hotel and golf resort in rural Laois, are now in fear of being left in "legal limbo".

The housing estates total about 76 homes, built and sold about 11 years ago, as part of the five star Heritage Killenard Hotel, Golf and Spa Resort.

Since then the development went through NAMA's hands and is now sold to two different buyers, one owning the hotel, the other the golf club which has responsibility for the estate maintenance.

"The golf club is up for sale," stated Cllr Padraig Fleming. "They are trying to sell it, and have set up a management company to manage common areas, so it could be sold free of these extra responsibilities. Residents are very concerned. These houses were built in 2002 and 2003 and they could be as many years away from being taken in charge," Cllr Padraig Fleming said.

"Residents are afraid that if the golf club is sold, there will be nobody to look after them, and they will end up in legal limbo," he added.

He said there was already a serious sewage blockage, that was only sorted when residents said they would have to move out of their homes.

"97 percent of residents want to be taken-in-charge. They are worried particularly for water and sewage. This is down to the guy who owns the golf club, he is trying to distance himself further," Cllr Fleming said.

He and Cllr Tom Mulhall both raised motions at the October 18 meeting of Graiguecullen Portarlington Municipal District, asking Laois County Council for an update, on estates including Rathmoyes Grove and Avenue, Mount Henry Close and Drive and Windmill Terrace.

Laois County Council confirmed that as they stand, the estates cannot be taken in charge by the council, unless the developer applies to the council, and satisfies all planning conditions.

"Water is provided from a private bored well which services the hotel. As a result this estate is excluded," Engineer Pat Delaney said.

"A local developer done wonderful work and completed these houses to the highest order. That is back 15 years ago and now there are issues with wastewater blockages, lights, kerbing, roots of trees. Residents are hugely disappointed with the management company, not one resident is part of them. They are completely in the dark. Any action Laois County Council can do... we all know its the developer who approaches the council to ask to be taken in charge, they want to be rid, but in this case he is happy to let it sit," said Cllr Tom Mulhall.

Director of Services Gerry Murphy said he has "taken note" of their concerns.

"There is a process where residents can apply to a local authority to be taken in charge. Waste water will be an issue that has to be resolved," he said.