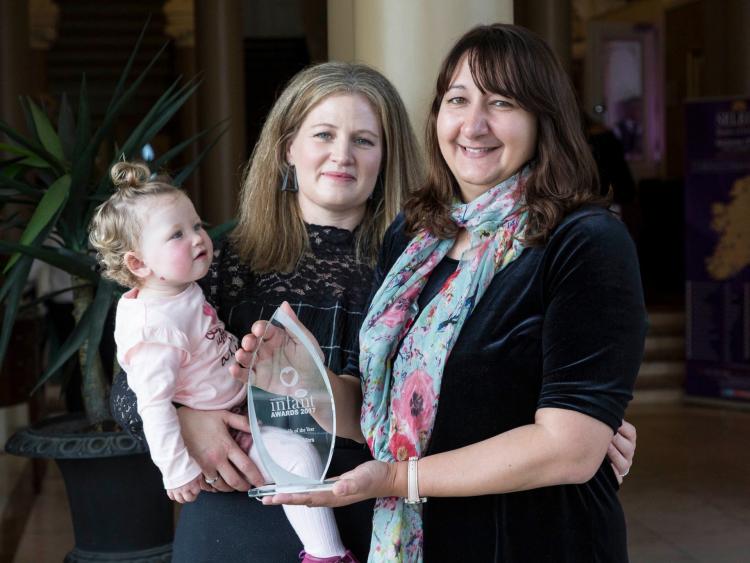 Madelaine Göhrs - Midwife Of The Year with Louise Keane and her daughter Anú. Picture by Paul Sherwood.

Originally from Germany, Madelaine Göhrs has settled her life in Portlaoise with her two teenage children Felicity and Isaiah.

Madelaine moved to Ireland three years ago and has never looked back. She works for Private Midwives Ireland and this week she won Midwife of the Year at the Boots Maternity and Infant Awards.

The awards ceremony which is in its tenth year was held at the Royal Marine Hotel, Dun Laogaire.

Hosted by RTE’s Maura Derrane, the awards recognise inspirational people and and celebrates the very best products for parents and babies in Ireland.

Madelaine studied at MINDEN School of Midwifery in Germany for three years and has been working as a midwife for 15 years.

Speaking to the Leinster Express, Madelaine said she is proud of herself for winning the award because in her mind she won it for the right reasons.

"It is amazing, I am absolutely proud of this. I don’t like to be the when I heard that I won my first reaction was oh my God I have to be in public! I always like to be in the corner just watching on happy families and not to be the focus.

"I know Eleanor Brennan nominated me and my first impression was 'jeez what?' because she did so amazing, I was just a small part this adventure. It was lovely to see what she said about the award, I could make her believe she can do this, this is in my opinion what a good midwife is, supporting women and not being the most important.

"She said I was helping women, supporting them and helping them to believe in themselves. I am proud because it means I did a good job not because I was the number one person. I would have a problem if she said 'without I couldn't have done this' because she could do that," Madelaine said. 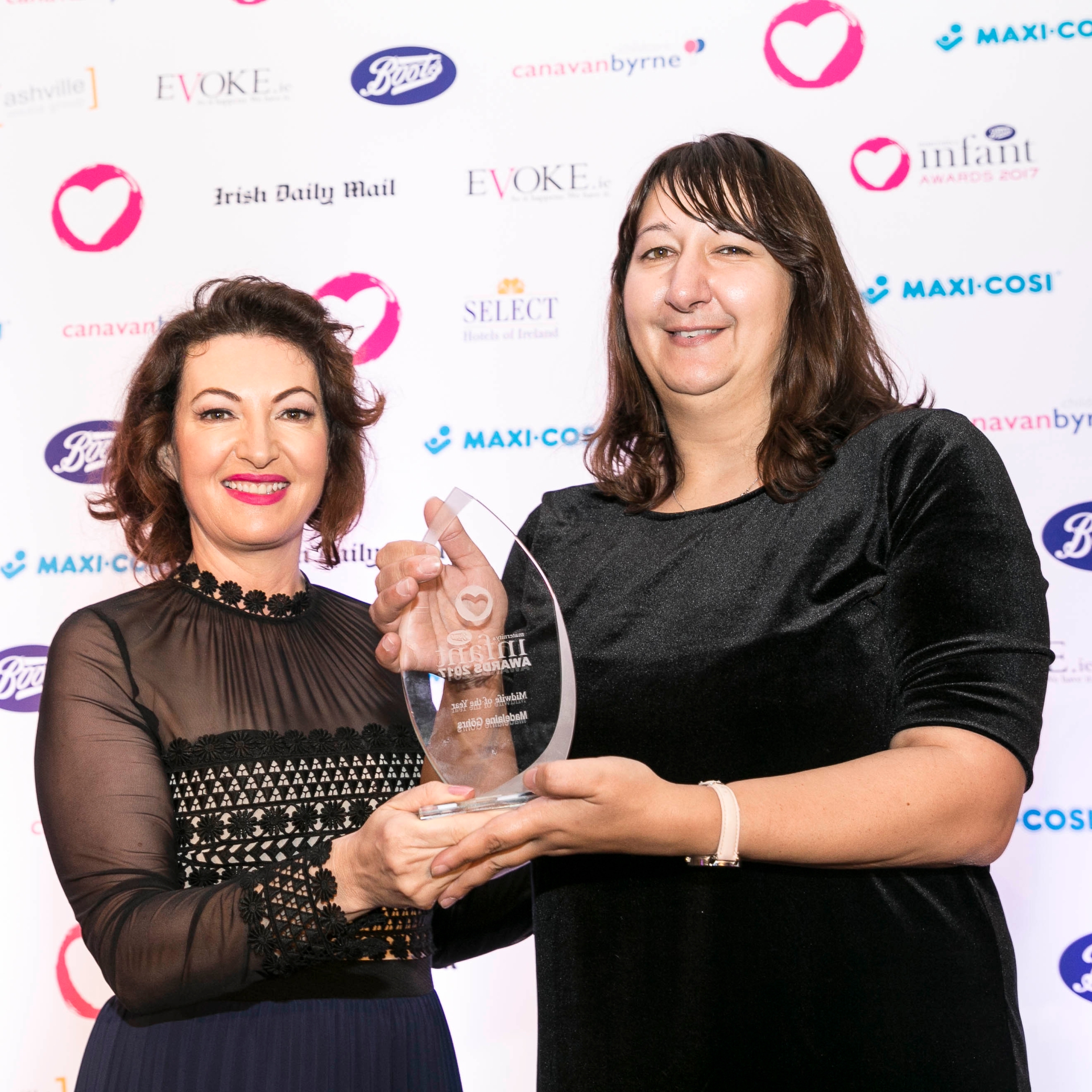 Midwife of the Year - Madelaine Göhrs - Pictured with Maura Derrane, MC for the Boots maternity & Infant Awards is Madelaine Göhrs of Private Midwives of Ireland. Picture by Paul Sherwood.

Madelaine is an incredibly upbeat, positive and lively person to talk to. She had a life plan to move to Ireland when she saved enough money because she fell in love with the country years ago.

"Fifteen years ago I fell in love with this country on a holiday and since then I came over every single year at least twice a year.

"Seven years ago I started to provide money and to plan, three years ago I had the chance to come over here, I had enough money to say okay I can travel here because I have two children it was a good big plan. I really fell in love with the country and the people.

"When I came over here the first time the airport in Dublin was really old-fashioned at this stage. I remember the landed in the green field and I remember I took my first step and I really fell in love, I took a big fresh breath and I saw the green everywhere. I promised myself that once I had enough money and once I was settled I would come back and stay here forever," she said.

Having worked in Germany for 15 years, an opportunity to work in Ireland was the calling Madelaine needed to make her dream a reality.

"The first opportunity for work came up in Portlaoise, it is a good point for travelling around because I am close to the airport, to the M50 and the M7 so I can travel to women all over the country.

"I am travelling all over now when somebody needs me, I go to Galway, the Midlands, I also have South Dublin so I am travelling nearly everywhere now and I think it is a really good place to live because I can provide more women rather than just one area," she said.

Madelaine brought her two children to Ireland many times before settling here, she said they knew from a young age that it was her dream to settle here.

"I have two children, my daughter Felicity is 14 and my boy Isaiah is nearly 13.

"They go to Portlaoise College they are absolutely happy here in Ireland. The reason I have been here so many times with my children is so they knew the country it was not like we were just travelling out of the blue, they were involved in all of my plans so they grew up with this wish because the wish was there many years ago," she explained. 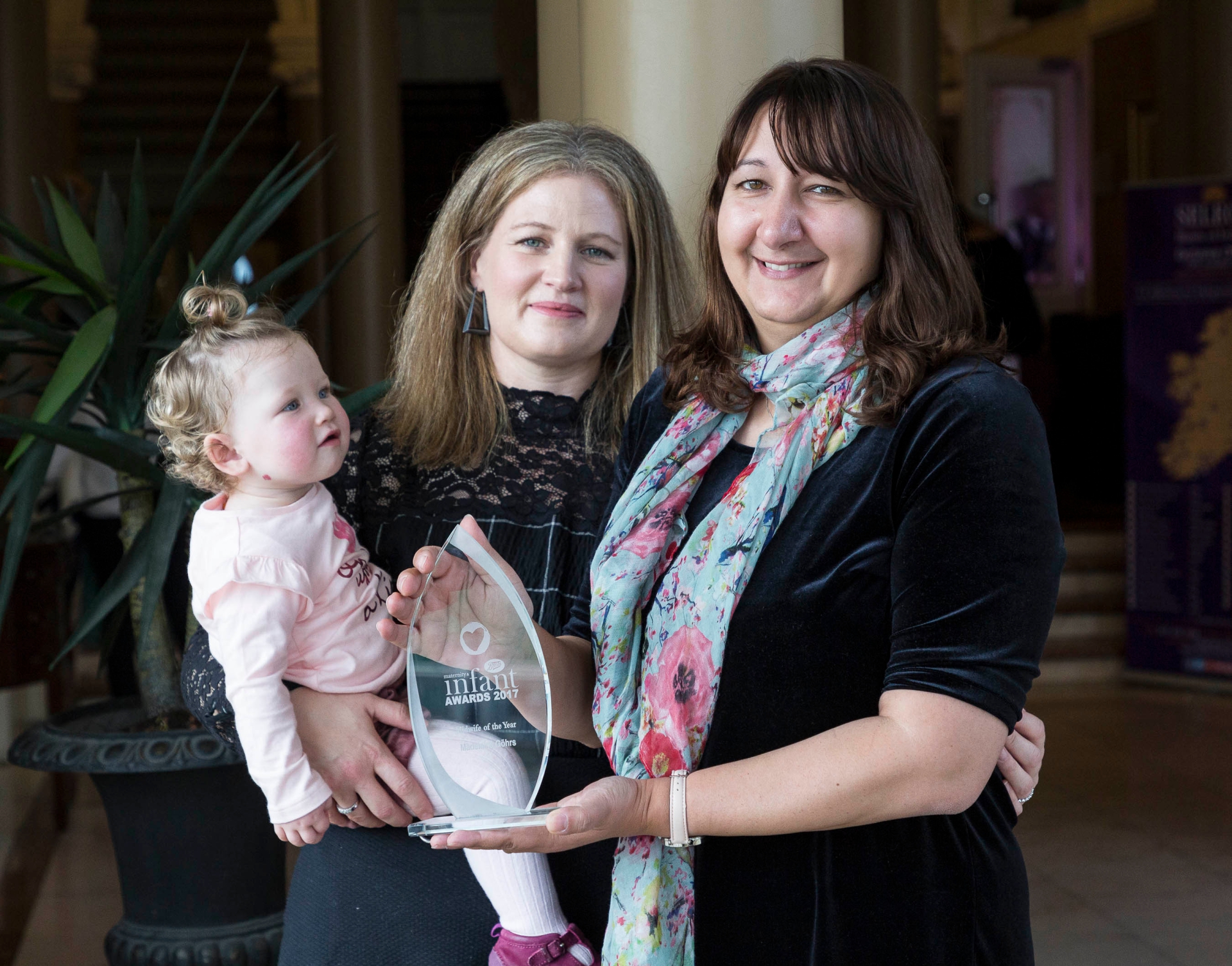 Madelaine's inspiration to become a midwife came from a Barbie doll back in the 80's.

"In the 80s there were Barbie dolls with a baby in the belly and you could open the belly, I got this one. From that moment on when I knew where babies came from I always wanted to be involved I didn’t know I wanted to be a midwife or something like this but I knew I wanted to be part of it.

"I thought it was very interesting, I always love to work in a supporting way, supporting women my whole life, I could never imagine doing something different but I knew when I was playing with this doll. When I had played with dolls, I was never the mother or the baby I was always something supportive like a nurse I always worked with supporting women," she said. 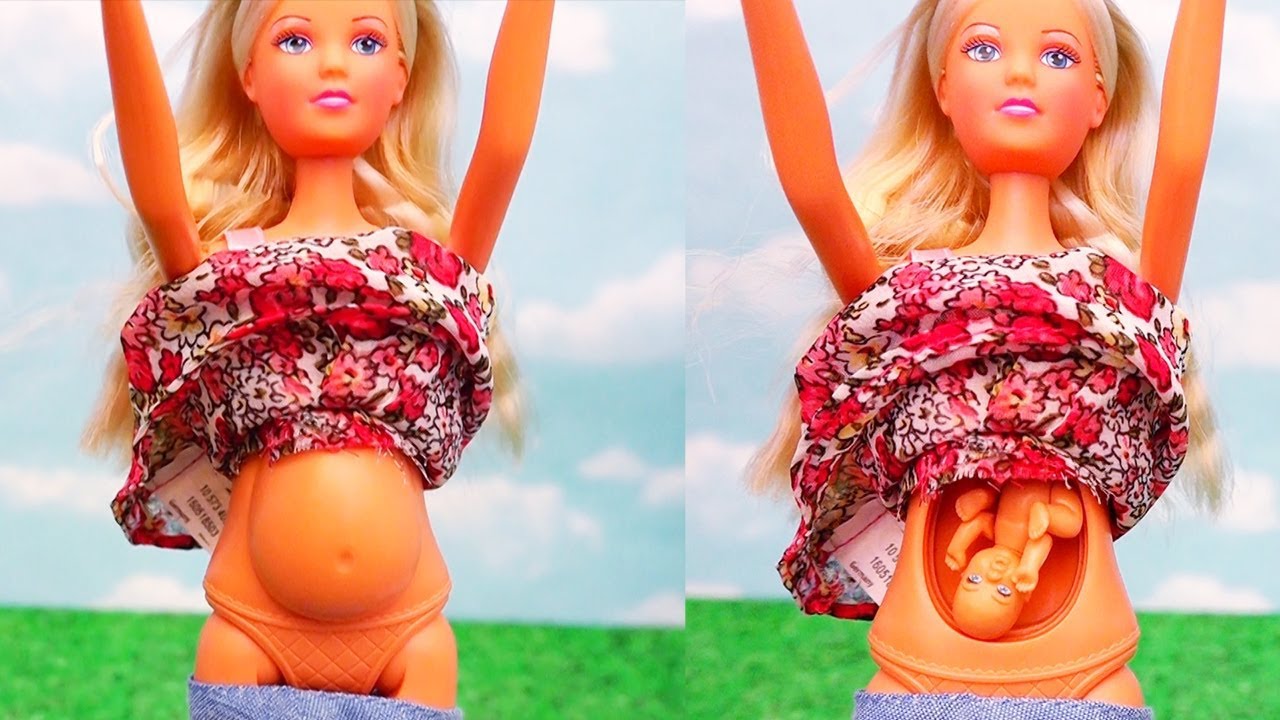 Madelaine described her favourite part of her job.

"Being a small part a big picture and supporting women in a very special moment and probably in the best journey of their lives and being a small part of it and giving them the best support I can give makes me absolutely happy.

"Even if there are some difficulties there you can always provide good care. You can make them believe in themselves that they are able for this and that is the part I really really love. There is nothing I can say I do not like about my job," she said.

Madelaine was nominated by Eleanor Brennan. On her fourth pregnancy, Eleanor was sure she wanted a home birth, a birth that was a gentle and healing experience for her and her family.

Eleanor was searching for the right midwife to help her achieve this goal and soon discovered Private Midwives Ireland, who put her in touch with Madelaine.

She describes Madelaine as a caring and kind person and above all, a good listener.

“I never had to worry about going to the hospital, I knew that Madelaine would support me, I knew that she would be behind me if anything went wrong," she said.

Under Madeleine’s care and attention, Eleanor overcame her fears and insecurities about home birthing.

Through her time with Madelaine, she realised her ability to birth her son without pain relief and at home, something that she greatly desired to do after her previous pregnancies.

Read a full list of winners from the national awards here.