Brave Souls: Laois Sleep Out for Simon 'not intimidated' by Storm Brian 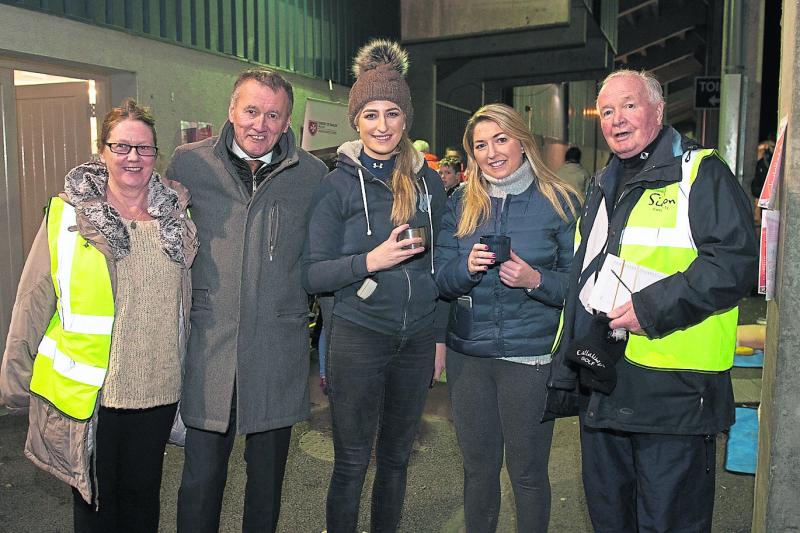 The Sleep Out for Simon event in O’Moore Park, Portlaoise will go ahead tonight despite the weather warnings surrounding Storm Brian.

A meeting was held at 12pm on Friday, October 20 by organisers and it was confirmed that the huge fundraising event will go ahead.

Michael Murphy is the Chairperson of Laois Friends of Simon, he said that to cancel the event would be a "logistical nightmare".

“We had a meeting to discuss the concerns over Storm Brian. We made the decision that Storm Brian will not intimidate us, we looked at the forecast and we have no health and safety concerns,” he said.

Storm Brian is expected to bring gusts of 110km/h to Laois.

Over 100 students from Mountrath Community College, Colaiste Iosagain in Portarlington and Heywood Community School have put in huge fundraising efforts and were due to arrive in bus loads.

Michael confirmed to the Leinster Express that due to concern from teachers, students will not be participating in the Sleep Out under their school’s supervision.

However, many students are still expected to attend with their parents.

This is the main fundraising event to provide emergency accommodation in Portlaoise and assisted living in Tullamore. Over 400 sponsorship cards have gone out around the county with support from businesses also rolling in.

Michael was confident that there will be a good turnout despite over 100 students not being able to attend and the weather warnings.

“If we still had 100 hardy souls tonight we will be delighted. Homeless people don’t get to decide if it rains or not. There is an option at the Sleep Out to stay under shelter in the stands or there is also a Plan C for people to stay inside the corridors of the changing room building.

“People can take shelter but the point is they are still out of their own bed,” he said.

The event is also due to take place in Tullamore and Athlone on Friday, October 20.

The Midlands Simon Community and the Laois Friends of Simon are appealing to everyone to get involved in the sleep out to raise much needed funds. Anyone is welcome to go along on the night to show their support.

Almost 200 people took the challenge in last year’s pilot Sleep out for Simon event and rose well over €30,000 locally.

Funds that are raised in Laois stay in Laois and are used to provide a wide range of support services for those who have prevented themselves as homeless in County Hall.

The only items that fundraisers need are a sleeping bag, pillow, warm clothes and a hot water bottle if desired.

Those who are musically minded are asked to take instruments along for a sing along session that will take place on the night from 11pm until 12.30am.