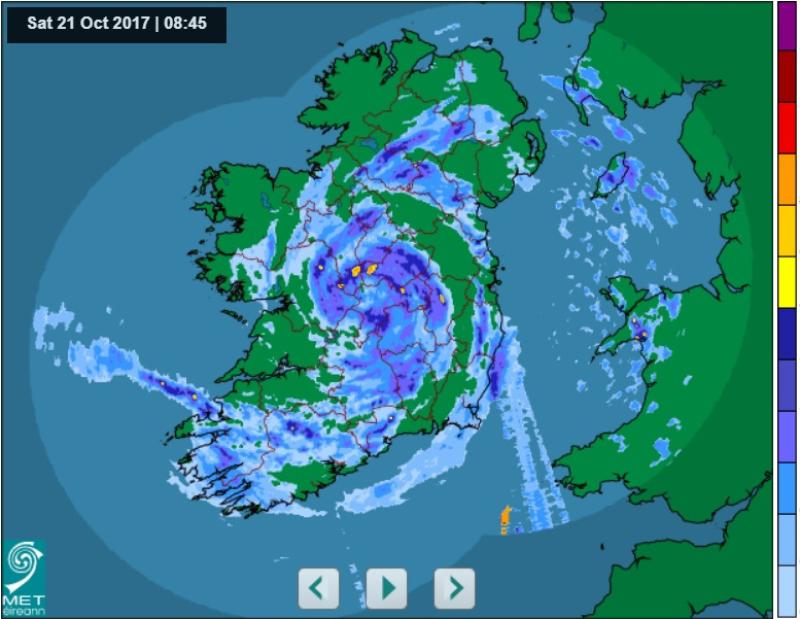 Limerick city has hit by flooding as the centre of Storm Brian barrelled across Laois and other parts of the midlands on Saturday morning.

With weather warnings in place for the entire country, the storm centre appeared to be right in the middle of the island coming up to 9am on Saturday, October 28. Met Éireann graphics of the storm reveal its high winds and heavy rain. 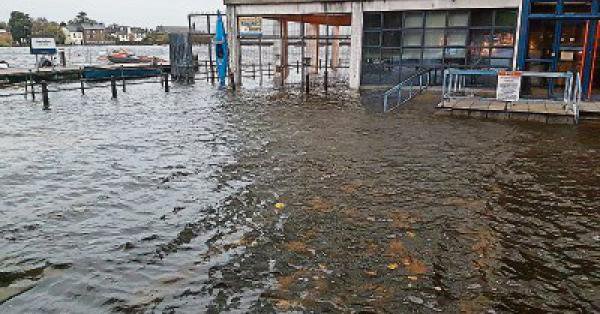 It has also caused damage in parts of the country. Limerick has been hit with flooding. Council crews there are out battling the river waters – with the road at O’Callaghan Strand and the front of Sarsfield House flooded, plus Merchant's Quay plaza around the court house and the potato market, while there are reports of flooding on the Mill Road in Corbally.

MORE ABOUT THE Limerick situation here

STATUS ORANGE
Wind Warning for Coasts of Mayo, Galway, Clare, Kerry, Cork, Waterford and Wexford
Update:  Southeast winds of mean speeds 55 to 65km/h with gusts of 90 to 110km/h, will veer west or northwest and strengthen further during the night, reaching orange level with mean speeds of 65-80 km/h with gusts 110-130 km/h. Winds will ease to yellow warning level during Saturday evening.

MORE ON THE warning covering Laois below picture 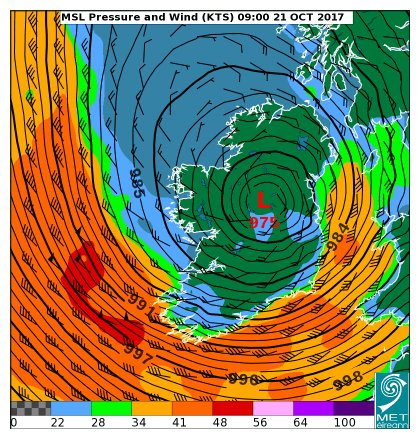 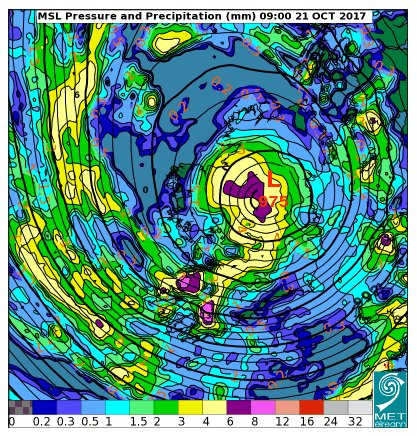