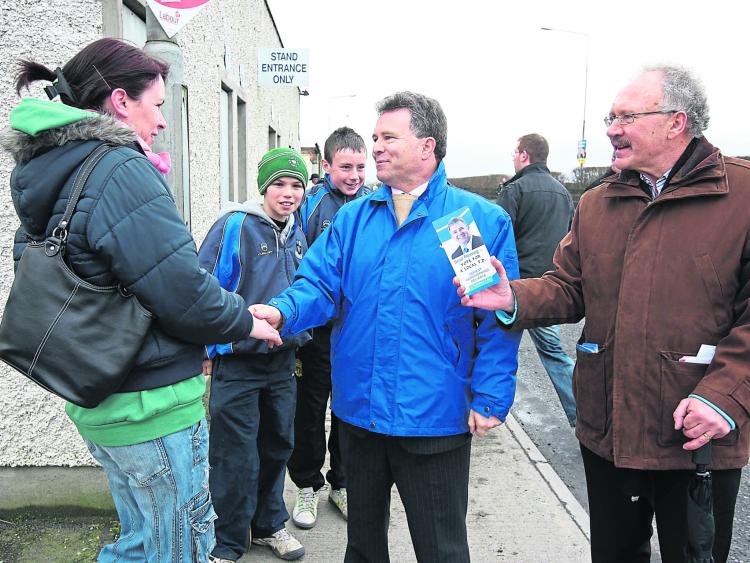 Laois TD Sean Fleming has called on the Minister for Health, Simon Harris, to reject the report prepared by Susan O'Reilly to cut the A&E services in the Midland Regional Hospital, Portlaoise.

According to Deputy Fleming, this is the only way to end the uncertainty which has been created by HSE management.

"Some time ago there were major problems in the Maternity Unit and instead of the lazy approach of curtailing the services the HSE properly increased resources and hired additional staff to improve the service. This is what is now needed in the A&E Department.

"Susan O'Reilly took over the position of Regional Manager in the HSE some time ago and a very early date announced her intention to curtail the A&E services in Portlaoise.

"Her suggestion was questioned by many people and after that she drew up a detailed report to justify her initial ideas which she had announced without a proper examination.

"The report, which has major implications for Portlaoise Hospital, was and is a solo run by Susan O'Reilly.

Public meeting called by Sinn Féin on the future of Portlaoise hospital.

"Given that the A&E Departments right around the Country including Portlaoise are seriously overcrowded it is outrageous that HSE senior management could even think about closing down some of the services and telling people to travel up to an extra 40 miles to A&E Departments in Dublin which are already over crowded.

"Some people have called for the report to be published but I believe this would not be the correct approach.

"We want this report rejected by the Minister, not published. He should tell the HSE to improve their management of the A&E services and not to be spending their time working to close down a service," he said.

Dublin and midlands hospital management are to meet shortly on how to execute a downgrade of Portlaoise hospital as part of a big shakeup in hospitals across Laois, Kidlare and Dublin, a Laois TD has claimed.

Sinn Féin TD Brian Stanley told the Leinster Express that he has seen a copy of a plan for Portlaoise and other hospitals drawn up by Dr Susan O'Reilly, chief executive of the HSE's Dublin Midland Hospital Group (DMHG).

The group includes the Midlands Regional Hospitals in Portlaoise and Tullamore, Naas General Hospital, Tallaght Hospital and St James in Dublin. The plan is understood to have huge implications for all these hospitals because it will direct many emergency referrals to Tullamore and the Dublin hospitals.

Dr O'Reilly's plan has been kept under wraps for some time but it was sent to the Minister for Health Simon Harris because of its controversial recommendation to downgrade Portlaoise. Dep Stanley described the document he has read as a plan to Downgrade Portlaoise Hospital. Naas hospital is likely to be bypassed.

“The plan to downgrade it is in the final draft of the 'Strategic Plan' for the Hospital group. This is due to be discussed with senior management next Wednesday. Both the HSE and the Government have been foot dragging in publishing this for over two years," said the Sinn Féin TD.

"The  document states: 'we will develop a 24/7 GP referred  medical assessment unit and a 12/7 local injuries unit in the Midland Regional Hospital Portlaoise in line with national clinical care programmes models of care.'

"So its clear whats intended, an 8am to 8pm minor injuries and a medical assessment unit.

"They commit to expanding 'emergency department capacity, principally in Tallaght and Tullamore'. So upgrade these and downgrade Portlaoise," Dep Stanley told the Express.

The Laios TD, who also represents parts of Kildare, called for action.

"This plan needs to be stopped in its tracks and its up to government to act immediately. I raised this again with the Minister for Health Simon Harris last week and he replied that it “being reviewed in detail” by his department. This is simply play acting," he said.

Laois TD Charlie Flanagan is one of the most senior Ministers in Government and he has opposed downgrade in the past. An Taoiseach Leo Varadkar has an intimate knowledge of the hospital because he was Minister for Health during the crisis that engulfed the maternity services at the hospital.

Dep Stanley believes the issue is a matter for Government.

"The ball is in the Government court,” he said.

Dep Stanley believes the plan has been on the desk of the Minister for Health Simon Harris for some time.  He has expressed reservations about downgrading Portlaoise.

A Medical Assesment Unit was built in Portlaoise at at cost of €5million in 2016. The building is only partially used and the Assesment Unit has never been opened.

Staff at Portlaoise hospital believe that if 24/7 emergency care is removed there is little future for some other acute services such as maternity and paediatrics. They fear all move elsewhere with the loss of A&E.