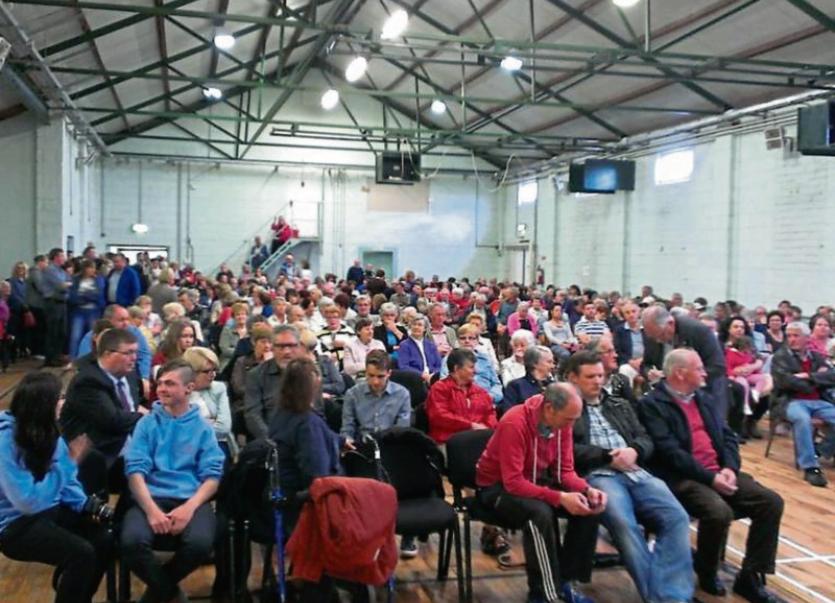 Hospital protest meeting in Portlaoise in 2016.

A emergency meeting to respond to confirmed plans that health management in Dubin and the Midlands want to downgrade Portlaoise hospital has been rescheduled to a new venue.

The meeting had originally been scheduled for St Mary's Hall Portlaoise this Wednesday, October 25 at 8pm. Due to a double booking of the hall, it will now take place in the Midland's Park Hotel, Portlaoise - same date and time.

"It is vital you make your voice heard," he said.

Portlaoise Parish Priest Msgr John Bryne regretted that St Mary's Hall could not be used. He also backed the campaign to retain the A&E department at the hospital as he feared other services such as maternity and paediatrics would be cut.

He feared that what is been pursued by health service management is a strategy of "death by a thousand cuts".

The downgrade plan was leaked to Laois TD Brian Stanley. He claims that health service management are due to meet on Wedesday morning to reconfigure hospitals in Dublin, Offaly, Kildare and Laois.

Central to the Dublin Midlands Hospital Group plan is to turn Portlaoise into a Category 2 hospital without any A&E.

In a statement, the organisers said Wednesday's meeting would be apolitical and open to all members of the public on the proposed downgrading of Portlaoise Hospital, starting with the removal of its 24/7 A&E Department.

They said the Portlaoise hospital A&E currently deals with more than 39,000 referrals annually, more than either Naas or Tullamore, and caters for a population catchment in excess of 250,000; in close proximity to two high security prisons, two major motorways (M7 and M8), as well as mainline rail in the fastest growing town in the country.

The meeting will be Chaired by Mr Peter O Neill.